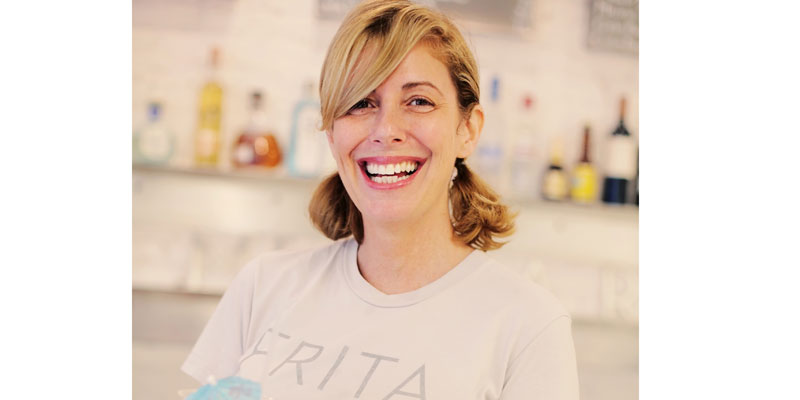 The difficulty of travelling to Cuba over the last decades hasn’t stopped Americans from falling in love with it, and several Ann Arborites are no exception.

For many, it starts with the music. “When people hear Afro-Cuban music, it’s rare that they don’t start moving or grooving or getting motivated,” says Jonathan Ovalle, Assistant Professor of Percussion at UM, as well as co-director of the Percussion Ensemble and Latin Jazz Ensemble. “We’re so blessed to have had so many great Cuban musical artists like Célia Cruz and the Buena Vista Social Club come through Ann Arbor over the years,” says Ruth Behar, who left the island with her family at the age of four. “The music is so visceral," says Ovalle.

Food led Eve Aronoff to Cuba—via Miami, where many ex-pats live. The creator of the Ann Arbor restaurant, Frita Batido, recalls hanging with her grandmother in Miami as a kid, regularly enjoying the Cuban cuisine. “The Frita Batido menu is really based on my impressions of the culture and ingredients that inspire me to create my own dishes,” she says. She’s the first to admit it’s not authentic, though feedback from people with Cuban roots has “been so enthusiastic, so supportive—one of the nicest surprises for me.”

One of those people is Behar, who deems the restaurant's plantains “excellent.” The Victor Haim Perera Collegiate Professor of Anthropology at the University of Michigan grew up in a Cuban enclave in New York City, believing that Cuba was “this mythical place that we couldn’t go back to.” The community kept the culture alive through food, music, and dancing. They were also virulently anti-Castro.

Choosing to get back to Cuban roots

In college, she began to feel “a little afraid people must think I had no radical consciousness. I was determined to respect my parents and the community, but also to connect with people who had made different choices, who had stayed in Cuba.” When she first visited Havana in the late 70s as a student, she met “incredible people. I reconnected with my nanny—she’s 90 now.”

“I met old neighbors and a lot of fascinating people: thinkers, writers, artists, musicians, teachers. They opened their hearts to me.” Eventually, Behar would write her memoir, "An Island Called Home: Returning to Jewish Cuba and Traveling Heavy.” She also began collaborating with another child of Cuban exiles: Richard Blanco, the fifth inaugural poet in US history. Together, he and Behar created the “Bridges to/from Cuba” blog (bridgestocuba.com), which, according to its website, seeks to “connect Cubans everywhere and lift the emotional embargo among us all, as we move forward together with our apprehensions and hopes, questions and convictions, doubts and dreams, into a new era of US-Cuban relations and the Cuba of tomorrow.”

Cuban culture in A2

That new era seems within reach now, given the current ongoing talks between Obama and Raul Castro. But it’s still not as simple as a few clicks on kayak.com to get there.

Ovalle recommends a number of Cuban/pan-Latin-influenced bands who perform in Southeast Michigan: Los Gatos, Tumbao Bravo, Orchestra Ritmo, Grupo Salvaje, and his own quintet, Nuevo Rumbon.  With no central information point for Latin music lovers to find out who’s playing locally, it’s best to track bands online and through social media to catch a gig. Also, keep an eye peeled for the UM Latin Jazz Ensemble’s concert in March.

Certainly, any “Cuba addicts,” as Behar terms them, will find company in Tree Town. “I’m always amazed at how many there are,” she says. The secret of its appeal? “In my classes, I teach a Cuban short story called ‘In Cuba, I Was a German Shepherd.’ Cubans dream big. Maybe they were just little chihuahuas, but they dreamed they could be bigger. The revolution was this attempt to really dream bigger, change history, lead other nations. And there’s this huge talent from the island, huge creativity. There’s something magical about it.”