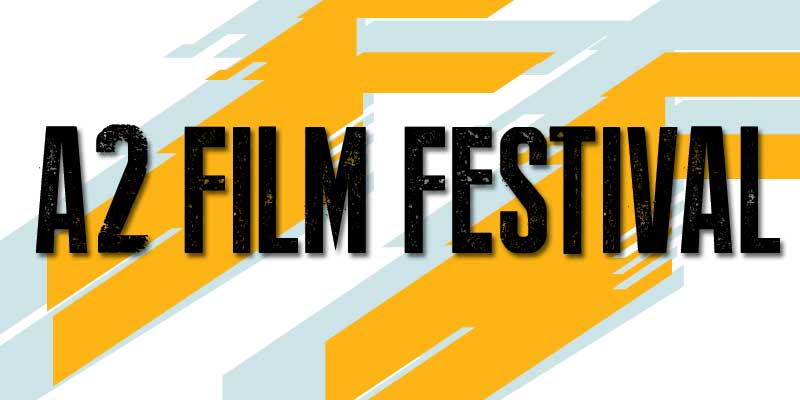 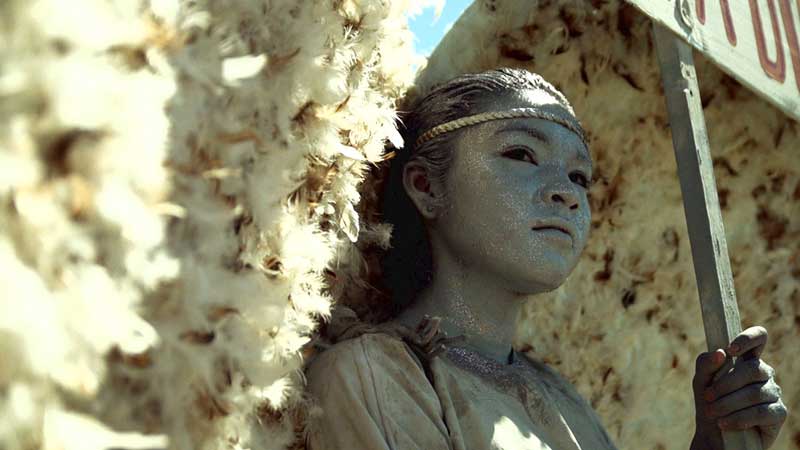 Robert and Sharon Ongaro love the Ann Arbor Film Festival (AAFF) so much they host participants every year. But they admit they don’t appreciate every movie.

“There was one last year,” says Sharon, a retired Spanish teacher, “that was nothing but flashing lights and really loud noise. I couldn’t take it, I had to walk out. Robert’s got higher tolerance.”

The film in question, “Dot Matrix,” used two overlapping 16mm projectors, and is a work that David Dinnell, AAFF Program Director, states “can only be realized in cinema.”

Far from the multiplex, these films are so outside the mainstream, you’re unlikely to find them anywhere other than at a festival dedicated to the edgiest of art. But the AAFF’s scale is unique, both in the number of films represented and in the enthusiasm and size of its audience. “It was the first film festival I ever heard of because it’s so important,” says Penny Lane, whose film, the impressionistic “Our Nixon,” took the 2014 festival’s Ken Burns Prize for Best Documentary. As a professor at Colgate University in Hamilton, NY, Lane teaches a unit that emphasizes the festival’s prominent role in circulating experimental films. “At other festivals, your film might screen in front of just a few people. In Ann Arbor, your film shows in a packed, beautiful theater,” she says, referring to one of the two venues at the Michigan Theater. “When that big audience laughs and cheers and then asks you really good, thoughtful questions afterward, it’s incredible, unlike any other festival I’ve been to.” 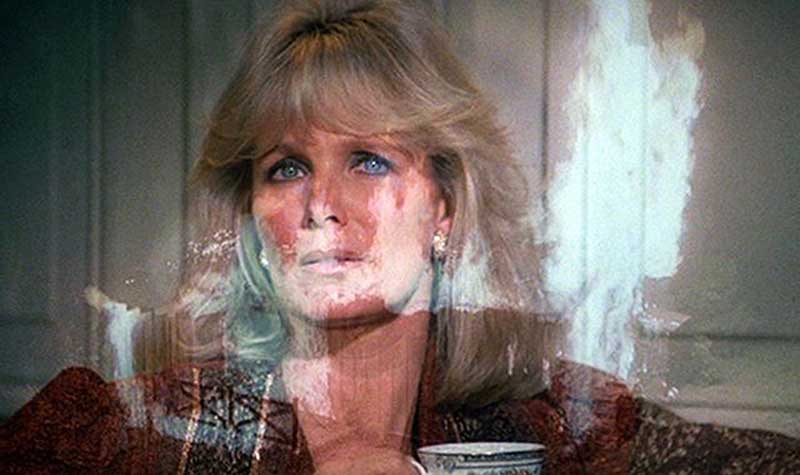 The Dark, Krystle by Michael Robinson

The longest-running independent and experimental film festival in North America was founded in 1963 by George Manupelli, a beloved former University of Michigan professor who died last year. He began life in what he refers to as “an Italian ghetto in Boston. The streets weren’t paved with gold, or at all. You were expected to do the paving.” In a thoroughly entertaining 2009 presentation that was part of the Penny Stamps Series (available on YouTube), Manupelli discusses the contrary influence of a nun at his Catholic school whom students referred to as “The Hammer.” Through a series of art projects the Hammer consistently deemed failures, he found his voice—not surprisingly, a provocative one. Finding the thing that can “defeat someone’s expectations of what something should be” became his lifelong maxim.

One of his early artworks sends up a Hudson River School artist’s interpretation of the New Hampshire landmark, “The Old Man of the Mountain.” Manupelli found the original to be “too solemn, too precious, too noble… just begging for something.” He superimposed a pair of pink panties from a JC Penney catalog—appropriately enough, given the subject matter, granny-sized.

Falling in Love…with Chris and Greg

The festival survived the far right attack and became what Manupelli had envisioned: “a showcase without that tastemaking aspect to it.” Over the years, it has hosted an incredible roster of artists, including John Cage, Robert Raushchenberg, Andy Warhol, The Velvet Underground, George Segal, Pauline Kael, Jane Fonda, Norman Mailer, Yoko Ono, John Lennon, and Bobby Seale. Filmmakers who have shown at the festival have found it to be an important step in their artistic journeys—including Oscar-nominee Gus Van Sant (“Milk,” “Good Will Hunting”), whose early short experimental works won festival prizes. Van Sant sponsors the Best Experimental Film prize, which a jury, composed of film programmers, curators, filmmakers, and scholars, awards. “We champion avant-garde and experimental work,” says Leslie Raymond, who interned at the 30th Festival and is currently, after years of involvement in other capacities, the Executive Director for its 53rd year. “Across genres, we look for work that challenges the forms we all know so well.” The selection process is vigorous; the board, staff, and more than 30 volunteers painstakingly screen more than 3,000 submissions. “The peer recognition is an honor, and, in a real practical way, the awards are relatively generous, and can directly help a filmmaker with his or her work,” says Dinnell. “But it’s not the most important part of the festival.”

He agrees with Lane and other filmmakers that seeing the Ann Arbor audience is the exciting part. “I started going to the festival in my early teens,” he says. “I had a lot of interest in film, in what it could possibly look like. This is an incredible space for cinema as an art form.” In particular, “50 Feet of String,” a 1995 piece by Leighton Pearce, stands out for him. An impressionistic, plotless work that plays out over fifty-three minutes, it won Best Film in the competition that year. “It was a really difficult film for the audience at the time ,” he says, “but it just really hit me in a particular way, and it’s stuck with me ever since.” 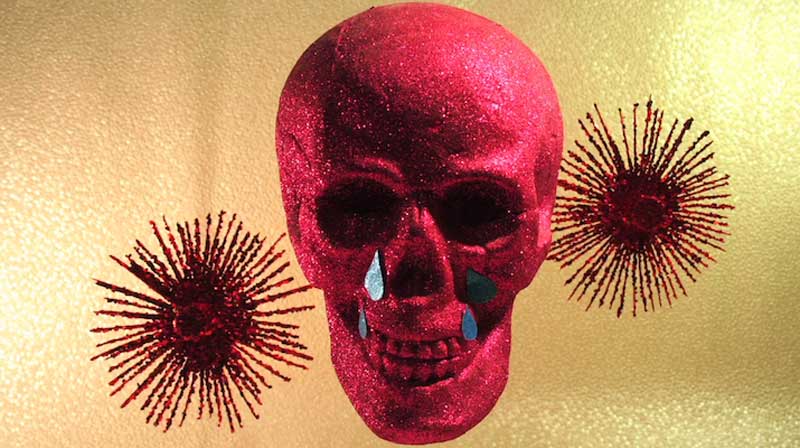 Nic Sims, an avid attendee, says, “for me, it’s an oasis of bizarre creativity, profound insight, and luscious imagery in a dreary winter-trodden landscape.” A New York City transplant and the owner of A2’s new pop-up bar, Brillig Dry Bar, Sims credits the Festival as one reason that she wanted to move to Ann Arbor. “It feels like a big city event, and the fact that it’s timed with our emergence from the dark, bitter days of winter makes the experience that much sweeter.”

Raymond’s advice for Ann Arborites who may feel the AAFF is too far outside their comfort zones: “You don’t need a special language to understand this, just a sense of adventure.” The Ongaros recommend that first-time attendees get acquainted with the schedule. “Different nights have different themes,” says Robert. His and Sharon’s favorite: LGBT night, sponsored by the Aut Bar, which hosts an after-party to raise questions and glasses with the filmmakers. And the festival-wide “Expanding Frames” program features discussions and workshops to create what Dinnell calls “a dialogue within and with cinema itself.”

In his Penny Stamps appearance, Manupelli recalled being asked who the festival belonged to. Choking up just a little, he said, “The filmmakers and the audiences.” Raymond concurs. “The work’s most exciting moment is not making the film. It’s that moment when an audience is engaging with the film. We’re all connected. We have different memories, dreams, histories. Getting together, experiencing that collectively: it’s not something you can do on your own, in front of a small screen with a million distractions. If you can watch with an open mind, you’ll be rewarded.”