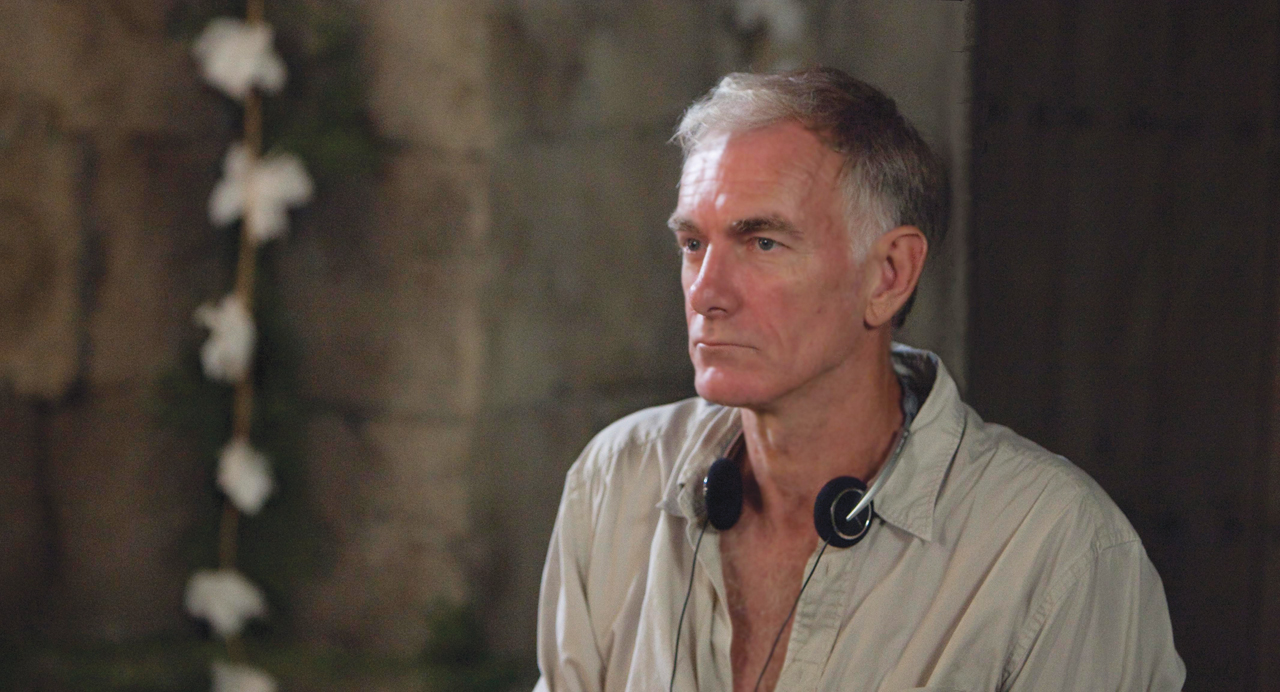 A mammoth collection of personal and career ephemera affords a rare glimpse at the life and work of indie-film pioneer John Sayles. 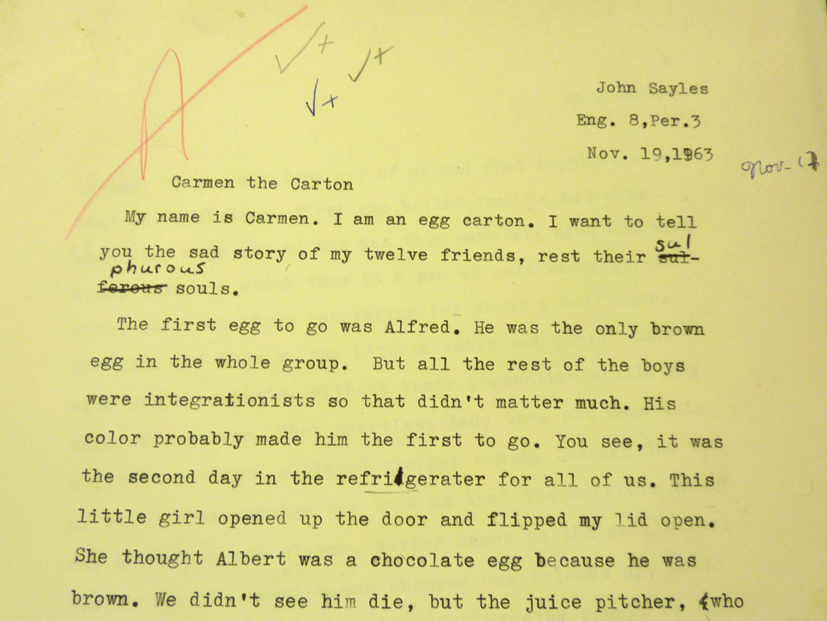 “My name is Carmen. I am an egg carton. I want to tell you the story of my twelve friends, rest their sulfurous souls.”

Carmen the Carton, which deals with integration, solidarity and loss, is just one of thousands of pieces in the John Sayles archive, recently acquired by the U of M Screen Arts and Cultures Department. “It’s a living collection,” says Phillip Hallman, the Film Studies Field Librarian at the Hatcher Graduate Library. “Sayles is still alive and making movies, and this is an incredible opportunity to see the artist emerging and still in action.” The collection is part of a John Sayles Symposium, a highlight of this year’s Cinetopia festival.

A history of film

Before mumblecore, before Sundance, before the word “indies” entered the lexicon, John Sayles made independent films. In 1979, he scraped together $40K in order to make his directorial debut, Return of the Secaucus Seven. Some say the reunion flick inspired The Big Chill. Critic John Lingan is a little more direct; he refers to Sayles’ movie as “a secret handshake” and the other as “a self-satisfied slap on the ass.”

Sayles’ movies are about as far from self-congratulatory Oscar-baiting as you can get. Over the course of the 18 features he has written and directed, he and his producing partner Maggie Renzi have collaborated on an extraordinarily diverse body of work. Lianna, a story of a woman who recovers her own identity out of a tattered marriage, followed Secaucus. There’s The Brother from Another Planet, which deals with racism in the form of an extraterrestrial, Eight Men Out with the 1919 Black Sox scandal, and Lone Star, which focuses on corruption in Texas. Men with Guns takes place in an unnamed Latin American country and is almost entirely in Spanish. Throw in an Irish fairy tale, The Secret of Roan Inish, and a scathing portrait of George W., Silver City—and that’s not even half.

His one collaboration with a major studio, Baby, It’s You, resulted in a fight over the final cut. Sayles won, but the experience taught him to insist on the final cut from then on, and to make the movies he wanted to make. “He has one foot in the studios, and another way outside of it,” says Hallman. “That’s the common link with Welles and Altman, the other two filmmakers in the archive. None of them have Michigan ties.”

The Symposium will also screen some of the director’s films, including Go for Sisters, with Sayles on hand for panel discussions. Mason Daring, who’s mastered idioms across decades and cultures to create evocative film scores, may also be on hand, along with surprise acting guests and Ms. Renzi.

“When I discovered John Sayles,” says Hallman, “I saw him as someone I could be like. That’s no different from 20-somethings today. They can be like him if they follow his model, if they have stories they want to tell.”

Cintetopia takes place June 4-8 at
various places in Ann Arbor and Detroit;
the Symposium will occur on June 5, 10am-5pm
and June 6 at 7pm.
For details, visit cinetopiafestival.org

Summer of Movies at The Michigan and State Theaters