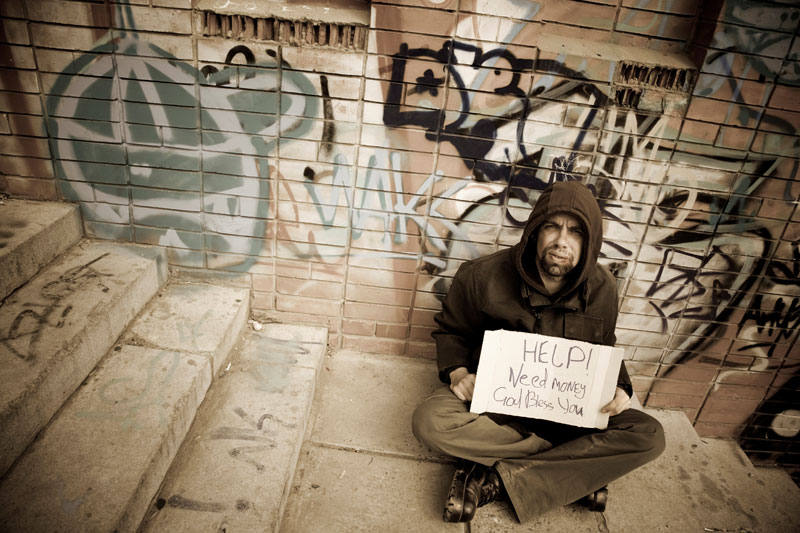 Knight’s is currently tied with Grange in the ongoing “what’s my favorite bar in town?” debate. The Maize and Blue martini paired with their All-American burger—you need to eat something substantial if you’re drinking Maize and Blues—is one of the simplest, yet best, eat-and-drink options anywhere. But a quality restaurant without quality service is like a lotto ticket that missed by one number—a small payout considering what could have been. Knight’s, however, is the full ticket.

My date and I left the State Theater, after screening Selma, and went to Knight’s for a drink and some reflection. Shortly after our drinks arrived, a man who appeared down on his luck sat beside us at the bar. He didn’t say anything (at first), he just sat there with his hood up and ordered a beer. The bar area wasn’t busy, but it wasn’t empty either. At the surrounding tables and booths sat approximately 30 people. Quality service, in this case, would require more than menu knowledge and timeliness. Enter moral ethics.

After the man asked us what we “thought about the new Walgreens downtown,” after we offered a reply, stating our preference for CVS, the conversation took an odd turn toward third-eye chakra warriors and experimental dentistry. Our bartender entered and asked if “we needed anything.” We told her we were fine and thanked her for checking in. And she continued to check in, with subtle glances and hand signals, throughout the trippy interaction. After a time, the man finished his beer and left. We asked the bartenders if he’d been in before. They said, yes, but never when it’s busy. Though I’ve never witnessed it, I imagine exercising the right to refuse service can turn ugly.

When the hooded man took his seat at the bar, the disparity between the indulgence of Knight’s and the sometimes down-and-out nature of Liberty Street came into focus. In this instance, smoothing potential conflict, taking care of all of their guests, the Knight’s crew delivered.