The Art of Taxidermy 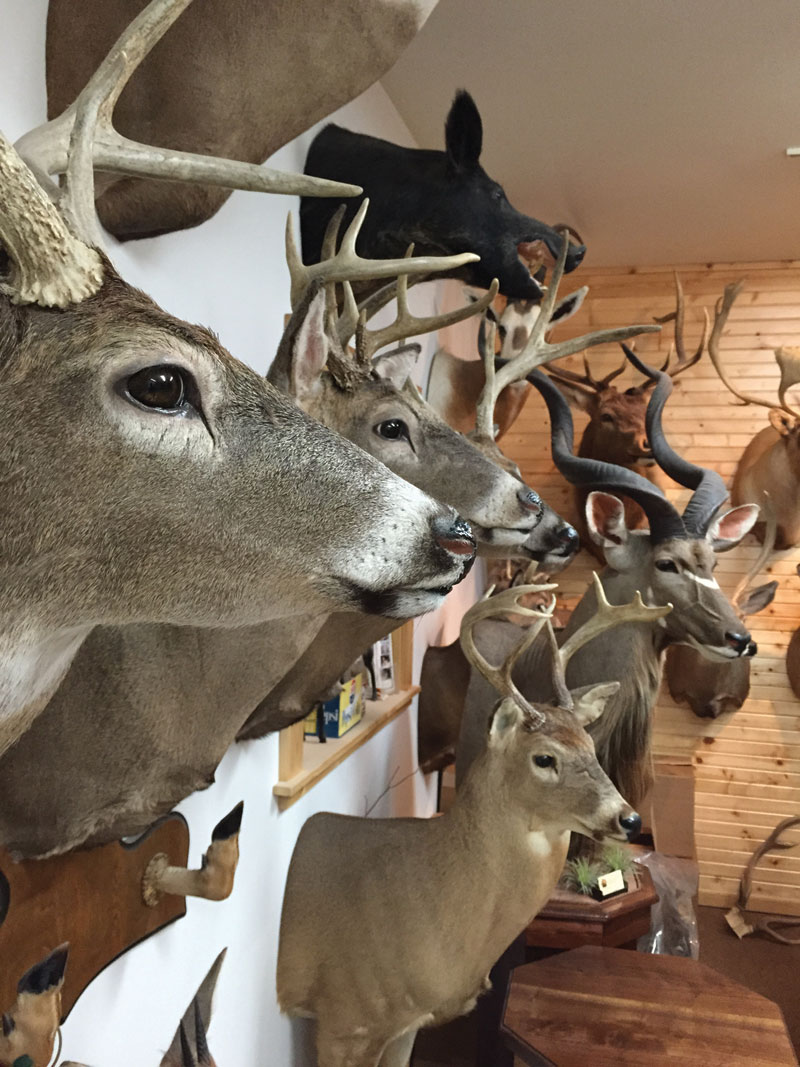 When you step inside Allen Gregory’s showroom you get an overwhelming sense you are being watched, the sense that you are the one on display, and that is exactly his aim. “It’s not in the antlers,” Gregory says, “it’s in the eyes.”

Gregory, the sole owner and operator of Buckie’s Taxidermy, has always had a love for animals. “I always had pets,” he said, “and I had a lot of stuffed animals as a kid, like the stuffed animals you have in your bed.” And his father and grandfather encouraged his interest in nature by taking him hunting as a boy. When his first mount came back from a taxidermist, he studied it, and years later, in 1984, he began experimenting on his own.

A class leads to a career

“After about six years, I knew that if I wanted to be successful at it, I needed to take a class. So I took one with a renowned taxidermist  in Iowa named Joe Meder. After that I really knew what I was supposed to be looking for.”

Buckie, the whitetail buck Gregory raised from fawn and named his business after, passed away in 2007 after giving him 12 years of reference material to work from. According to Gregory, the goal of taxidermy is to create an animal mount that looks alive. Just as John James Audubon based his paintings on extensive field observations, Gregory bases his taxidermy on his extensive studies of Buckie.

“It’s like creating a realistic painting of a forest.. Some taxidermists—amateurs and hobby guys-—can’t see it. They’ll look at the forest and just paint it all green. You’ve got to be detailed, know how the eyes set.”

He takes me from the showroom to his workshop and shows me an African blesbok antelope mold made of petroleum‑based expandable foam, which he orders from the manufacturer “like a pair of pants—they come in every inch.” He places a set of horns on top of the mold, and then pulls open the drawer of a tall, red tool chest and digs through a variety of glass eyes.

“Here’s the set that will go on the blesbok.” 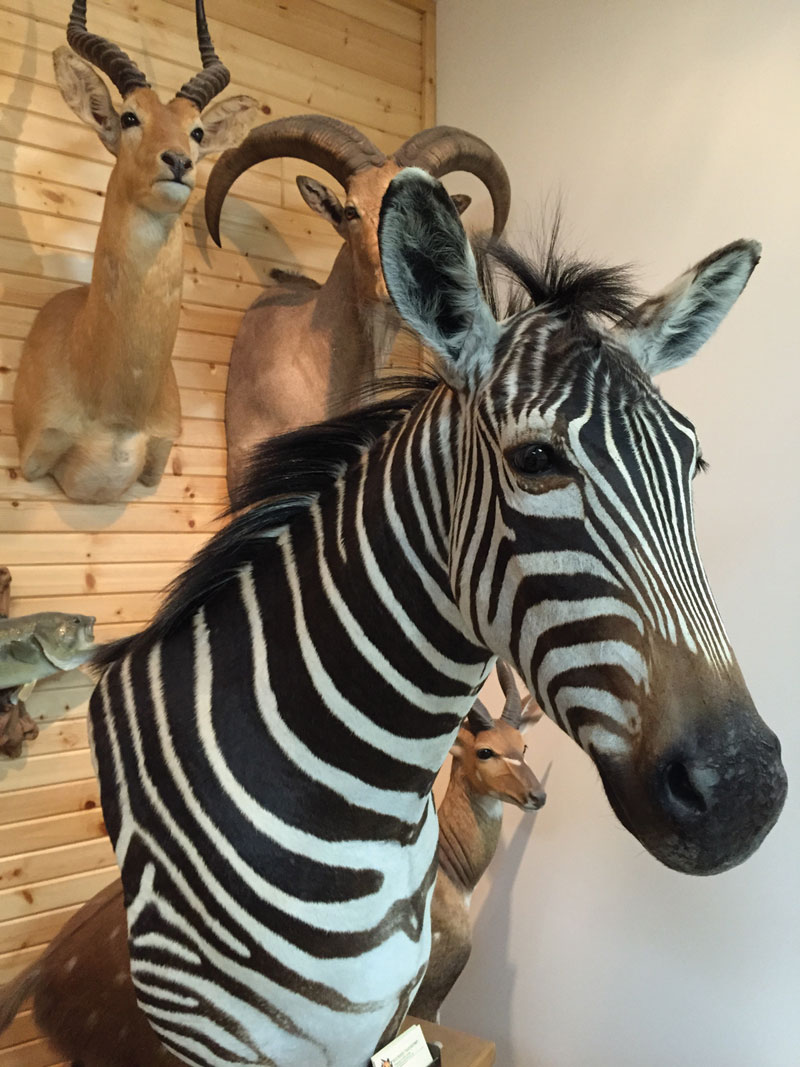 With a streak of excitement in his eye, he pulls out another set.

“Ever drive down the road at night and see a pair of eyes looking at you through the darkness?”

He holds up a set of reflective, glowing eyes.

“These are fun, but mostly the eyes are all the same. It’s how you set them. The focal point of any animal is the eyes.”

We walk back to his showroom. The theme song to the Andy Griffith Show, playing from the 16’’ TV in the upper corner of his workshop, comes with us. He tells me about his African animal collection, pointing to a stack of DVDs containing hours of footage of zebras, antelopes, wild hogs, and monkeys that he uses for reference.

“I have a baboon in the freezer,” he says. “I don’t know how it’s going to turn out.” How the animal is treated after it has been shot, which has a large effect on the taxidermy process, is hit or miss. “It’s going to a guy in Las Vegas though.”

Before I go, Gregory shows me two mounts.

“This is a mount I did; this is a mount someone else brought to me to have redone. Can you see the difference? Look at the eyes.”

The eyes on the mount that his client sent for reworking bulge out without eyelids. The mount looks like a literal deer in the headlights—minus the glow.

“The deer should look alert but relaxed.”.