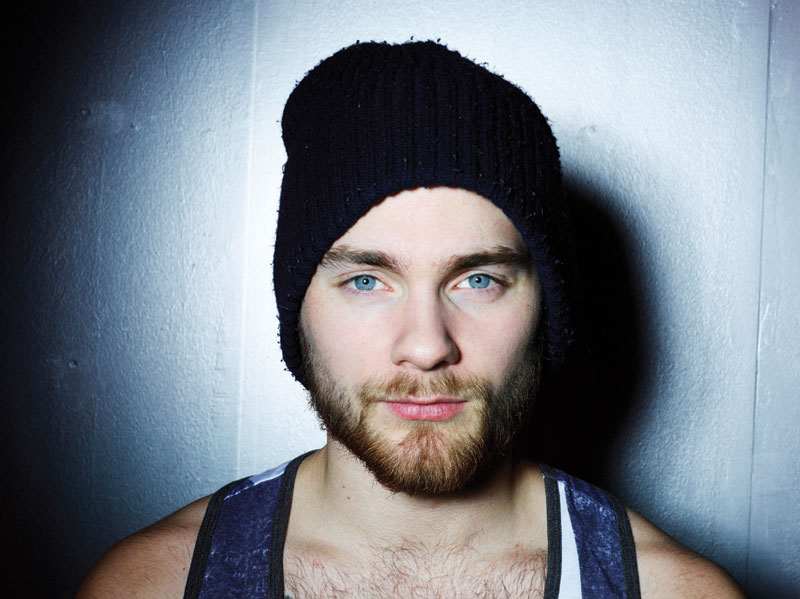 Singer Ásgeir Trausti Einarsson released an album in 2012 that has become the biggest selling debut ever in his native Iceland—Sigur Ros and Bjork’s homeland. This year Ásgeir released the album again, in English. In The Silence balances classical guitar with modern folktronica and a delicate vocal timbre akin to Thom Yorke and Jonsi. In anticipation of his show in Royal Oak, Ásgeir chatted with us about performace, his creative process, his collaboration with his poet father, and Nirvana.

You’re a songwriter, but you’re not a lyricist. Can you talk a little about what it’s like collaborating with your father?

No, I wouldn’t consider myself a lyricist, but I did write my own lyrics when I was younger and still do it sometimes. For this album, I wrote the melodies to most of the songs, mostly made up English sounding, nonsense lyrics, before my dad wrote the lyrics… I’ve been writing lyrics since I was 12 or 13. I’d find my dad’s poetry lying around the house and I’d pick it up and use it for some of my songs. For this album, he wrote the song “Summer Guest,” the first song released in Iceland that got really popular. And then we did it with the other songs. It was really easy, though we were never in the room together. I live in Reykjavik and my parents live three hours away. We would record the song in the studio and I’d send him the song, which had some melody of some made up words and some structural flow so he could see how the lyrics should be. He would call. We would talk about it for few minutes. And usually it would take just two days and I’d be happy with it.

Do you think the success of In The Silence will change the collaboration?

I’ve been talking about this with my dad recently. I’d love to have him on the next record. I don’t know if it’s going to be the whole record or two songs, but I do think he wants to be a part of it as well. We’re finishing touring now and then we’re going back home. I’ll spend some time writing and I’ll meet up with my dad. We’ll figure out how we’re going to do it.

It’s the singles that we play in English, when we’re outside of Iceland, at least. And the songs we sing in Icelandic, I just feel better singing them in Icelandic. It feels more natural. And that comes out in the performance. I like to mix it up as well. The audience seems to enjoy that, having two languages.

Do you ever perform alone on stage to mix things up for the audience?

I haven’t done a big show like that, but I’ve done a few songs. And there’s always one song that I play alone, just an electric guitar and vocals—"On That Day." It hasn’t been too much a part of this tour. I feel really good about performing alone on stage. I can definitely see that in the future, maybe doing tours with just vocals and guitar and piano.

Between writing, recording, and performing, which aspect of creating music do you most enjoy?

That’s a hard one. I would have to say recording is my favorite. When you’ve written a song and you are ready to take it to the next level. You start experimenting with different things, with a song that was so stripped down in the beginning. It comes to life and that’s a really good feeling.

But you also enjoy performing those stripped down songs, just piano and guitar.

Exactly. I like both. It’s always good to experiment with songs. Usually I begin writing on the piano or guitar. And with some songs I can see straight away how much the song needs, how big of a band it needs. I like doing different versions, as well. Stripped-down versions (laughs).

Nirvana’s Nevermind was your first album. What did you parents think of it, of Kurt Cobain?

My mom actually bought it for me when I was seven. My dad didn’t care, but my mom didn’t really like it when she heard it. But it was motivation to play guitar, which was a great thing. It really influenced me on a whole lot of musical levels—just such a big part of my childhood.