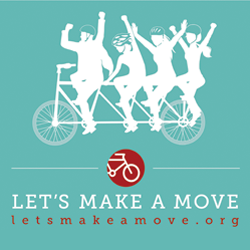 Livingston Award winner Luke Mogelson will discus the themes of his New York Times article “The Dream Boat,” in which he details his incredible voyage from Indonesia to Christmas Island aboard a nine-metre refugee timber boat that was “clearly not designed for passengers.” He and his colleague Joel van Houdt shared the boat with two Indonesian crew, an Afghan man, and 54 Iranians including nine children and more than a dozen women, one of whom was seven-months pregnant. Panel members: The New York Times editor Joel Lovell and the Ford School’s own John Ciorciari and Susan Waltz.

As part of the Gerald R. Ford School of Public Policy lecture series, Janet Napolitano, the 20th president of the University of California, former US Secretary of Homeland Security, and former Governor of Arizona, comes to town to talk politics and policy.

Author of the memoir The Beautiful Struggle, national correspondent at The Atlantic, where he writes about culture, politics, and social issues, Ta-Nehisi Coates asks big questions about race in America—What does "black culture" mean? What is the continuing role of both the older and younger generations in shaping it? Where will gentrification, education, and the splintering (or unifying) of families take it?