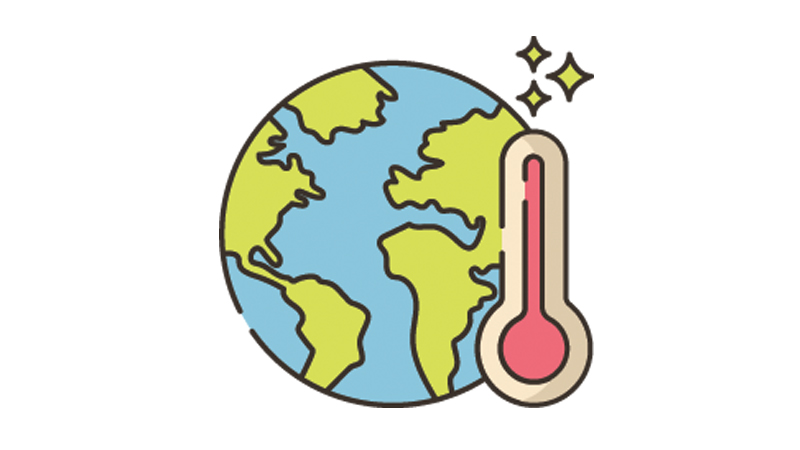 Professor Jonathan Overpeck is an interdisciplinary climate scientist and the Samuel A. Graham Dean of the School for Environment and Sustainability at the University of Michigan.

How is Michigan being affected by climate change relative to other parts of the U.S.?
Climate change presents both opportunities and challenges. People in other parts of the country are being hit harder than Michigan. They may be starting to think that Michigan is the place to go. Across the heartland of the South and Southwest it is getting really hot and there isn’t enough water to maintain the economy as it is now positioned. This could cost people economically- the value of a person’s house is dropping in these places. On the coasts, sea levels are rising and hurricanes are becoming stronger and more frequent.

We can’t let climate change here in Michigan get out of control or we too will become a sacrifice zone. More rain is coming here and there is more flooding. We are getting more nutrients in the Great Lakes because of runoff and that is causing algal blooms, exacerbated by warmer temperatures.

We are at the point where some of the predictions of really bad consequences from climate change are being realized. Disintegration of ice sheets, sea level rise, widespread destruction of biota. It could be hard to prevent most of the coral reefs from bleaching unless we control global warming. We still have time and I personally think we can pull this off.

The federal government is going backwards on everything environmental. In order to fight climate change, we need to get away from fossil fuels. The auto companies know they have to electrify mobility and they are moving in that direction. They know what is going on in Washington DC now is an aberration and seems to be in deference to the fossil fuel industry. (The auto companies) know that is going to change and are working in anticipation of that change.

How is U-M working together with Ann Arbor to address climate change?
We have a Commission on Carbon Neutrality, led by Jennifer Haverkamp, director of U-M’s Graham Sustainability Institute, and Steve Forrest, U-M’s Former Vice President for Research. I am on it and we will come up with recommendations that will hopefully be implemented. One of the important things to realize is that U-M has to both lead to reduce our carbon footprint on campus and work with the community as well. This is nothing new— U-M has been heavily involved in community efforts for a long time. In addition to experts from U-M, the commission includes community members, Missy Stults, Sustainability and Innovations Manager for the City of Ann Arbor, representatives of DTE and Consumers Energy, and Lisa Wozniak, Executive Director of the Michigan League of Conservation Voters.

We need everybody in our community behind us if we are going to achieve our goal of carbon neutrality at U-M. We need all of the resources and help that we can get. We are hoping to spark a revolution in low carbon buildings. It’s not like the solutions aren’t out there. We know how to build these buildings we just need the resources to do it. U-M is building its first zero carbon building and has plans to make all new construction comply with carbon neutrality in the future.