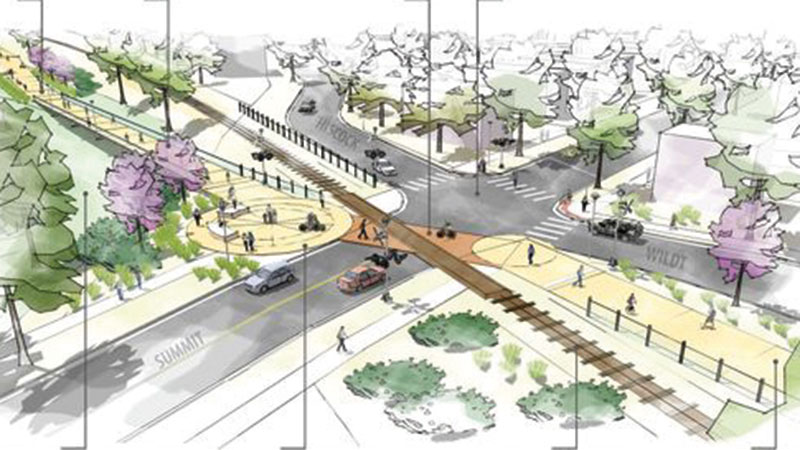 Late in 2017, Ann Arbor City Council officially adopted the Master Plan for the Treeline: Allen Creek Urban Trail. The 2.75 mile trail is slated to run along the railroad tracks on the Western edge of Ann Arbor, loosely following the path of the now-buried Allen Creek. Discussed as a potential urban bike and pedestrian trail since the 1980s, the Treeline Trail now has an actionable development plan and a strategy to raise the $55 million budget spearheaded by the nonprofit Treeline Conservancy. The trail will cross the 35-mile Border to Border Trail, linking Ann Arbor and Ypsilanti, while providing direct connections to existing parks and natural areas. Several new urban parks are also planned along the trail’s route.

For more info, go to a2gov.org

*Note that the Treeline does not link Ann Arbor and Yipsi, that is the Border to Border trail. The Treeline crosses the B2B trail but it is exclusively based in Ann Arbor, only 2.75 miles long.