How did you begin your career in public service?

“I never anticipated being in politics. I attribute my desire to become an activist to my preschool teacher Jean Palms, (founder of the Ann Arbor Forest School). She kept us outside in nature all day. We adopted a creek in Scheffler Park and worked with the Huron River Watershed Council to do insect studies. Jean Palms showed us that what happens in the yards affects what happens in the creek. We started to focus on the upstream issues like fertilizer and pesticides, and decided to go on a door-knocking campaign with signs and dandelions to get people to pledge not put pesticides on our lawns.”

With support from Ms. Palms and others, the children were ultimately able to create the Buhr Park Wet Meadows program, which is now city-wide, to filter runoff water before channeling it back to the river.

In this highly divisive political age, how would you characterize your working relationship with your Republican colleagues?

“Everyone is on a spectrum for every issue. I have to look at my Republican colleagues as being on that spectrum, and I never know when there might be a moment for potential agreement and collaboration. Republicans also represent 100k Michiganders and however much I may disagree, they were also elected. We were both sent here by the people to do this work so it’s not useful for me to write someone off because I never know when we may agree on something.”

What legislation are you currently working on?

“I am going to introduce The Bill for Single Payer Universal Healthcare. I don’t think it’s going to pass this year because the Democrats need to do a better job of showing what they believe in. I would rather that we set the goalpost of our vision so we know what direction we’re moving in. With a bold vision of where we should be, we can move the ball down the field in the right direction. I feel strongly about the Single Payer option as an official and a citizen.”

You have committed to introducing the bill every year. As the conversation progresses, do you think people in the business community will start to listen?

“The greatest way to lure people to MI is to have healthcare, so companies don’t have to pay for it. Canadian automakers cited public healthcare as a factor that keeps their industry in Canada. There will be higher taxes, but the goal is for businesses to still save money. The average cost of healthcare is $5k per employee, $12k for family, plus premiums.”

“In Canada it takes seconds for doctors to fill in the paper work and send it in to get paid. Here it takes hours to get paid for one procedure. Instead of hiring more people to do paperwork they can hire another medical professional to serve the people.” 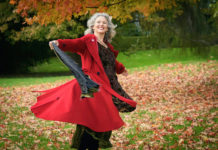 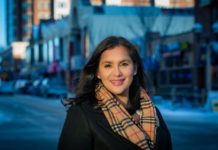