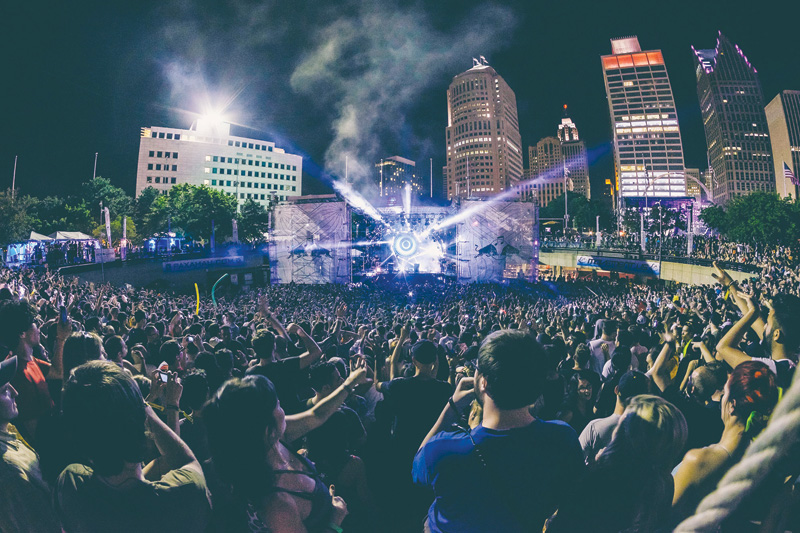 Recognized as the birthplace of techno music, Detroit has been getting down to beats and bass since the mid 1980s. Twenty years on, the Detroit Electronic Music Festival kicked off in 2000. Now known as Movement, the 15 year-old festival brings together some heavy-hitters—Disclosure, Squarepusher and Griz—and some unknown, underground bassmasters of electronic music. The genre has come a long way since Belleville, MI native Derrick May’s “Strings of Life” –  widely credited as the first-ever techno song. Check out the latest beats at the Movement electronic music festival.