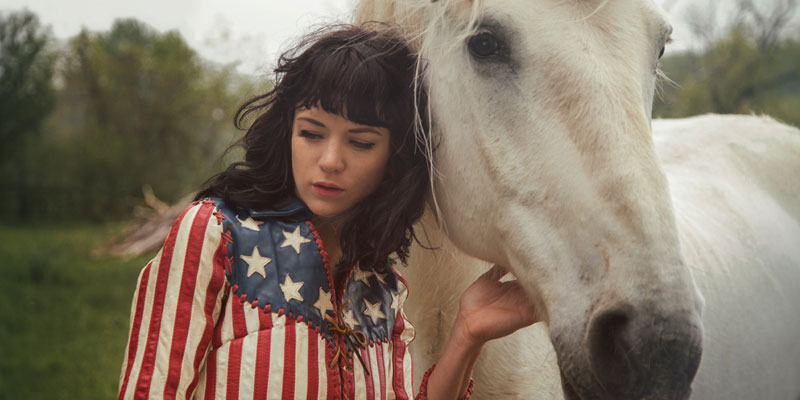 With a growing reputation as the “rebel of country,” it comes as no surprise that Nikki Lane embodies a devil-may-care approach to writing, staying in the moment, and taking things as they come. With songs like “Walk of Shame” and “You Can’t Talk to Me Like That,” Lane exudes a voice that is relatable to listeners in its simple honesty. She comes to us from Nashville to open a sold-out show at The Ark tonight for headliner Shakey Graves.

“I want my records to be a mix-tape of the emotions and sounds that I've felt or enjoyed at various times in my life. I think I write to find comfort when dealing with the ins and outs of life and I hope that my listeners can relate to my music when they're experiencing similar happenings, “ Lane said.

A true rebel doesn’t strive to be rebellious; Lane simply has no interest in being a pop-country star. She appreciates her label.

“We don't fit the mold for modern country so they had to go and call it rebellious. I like the term, because I am rebellious, and getting deemed an outlaw means lots of bad ass people become my fans,” Lane said.

And she dresses the part. Leather jackets, sunglasses, dark lipstick, and cowboy boots were already familiar accoutrement to Lane. Before she became involved in music, she had aspirations towards the fashion side of the entertainment industry.
“I wanted to be in A&R. Of course that was after the obligatory I'm going to be a marine biologist. Because who doesn't dream of swimming around with dolphins everyday when they're 12?”

Lane took interest in crafting a style for musicians and persons in the public eye; piecing together clothing to match the look to their attitude.

“Fashion was about manufacturing for me, and the puzzles you can work out for making things and moving the units for a profit. It was less trendy than "fashion" it was about trying to make money from creating a brand. I feel like with my current job I still get to do it,” Lane said.

Her latest album All or Nothin’ boasts the production work of The Black Keys’ producer Dan Auerbach, whom she met at a flea market in Nashville.

“I sold him one of my favorite jackets. Sometimes I wish he'd let me buy it back,” Lane said. Soon after they met, the two decided to work on a record together.

“I find that when working with producers, I just have to find someone who has even better references, and loads more experience, and just trust them to do their job.”

All or Nothin’ is Lane’s second album, and it speaks to her evolution as a musician in a loose-gripped, natural manner.

“[Both records] work as a timeline of the past five years and the transformation from rookie to novice to… this is all I do.”