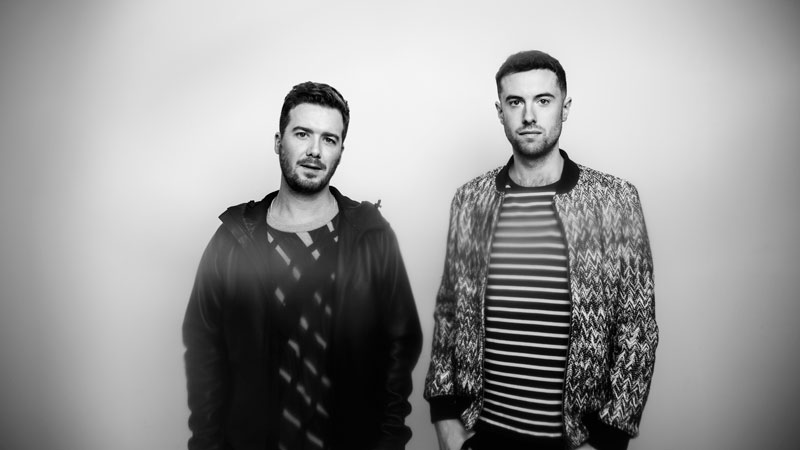 North London producers Kye “Foamo“ Gibbon and Matt “RackNRuin“ Robson-Scott, a.k.a. Gorgon City, reached #4 on the UK Singles Chart with their 2014 hit “Ready for your love.” While grinding through their European Tour, they found a few moments to talk with Current.

How did you two meet and decide to start working together?

We had the same DJ agent when we were doing our solo projects, so we played some shows together and then got in the studio. It worked so we made a whole album!

What makes your music distinct?

We try and use our UK underground influences to make sub-bass focused house music. We hope this gives us a distinct sound and makes our tunes bang in the club as well as the radio.

How did the success of having a couple top ten UK singles change the direction of your career?

We definitely became extremely busy, but we carried on making music in the same way. We weren’t put under any extra pressure in the studio, we still have fun making all kinds of music.

What’s the craziest thing that’s ever happened to you on tour?

Getting a private jet with Pete Tong from Coachella to Las Vegas was pretty crazy. That was a fun night.

We are lucky to work some really great artists and writers. Working with Wyclef was crazy, we’re big Fugees fans so being in the studio with him was surreal. He’s a genius, it was pretty mind- blowing. Yasmin was the first female singer we worked with so she has special place in our hearts.

What excites you about the future?

Our new album and our new label REALM. We can’t wait for all the new music to get out there!