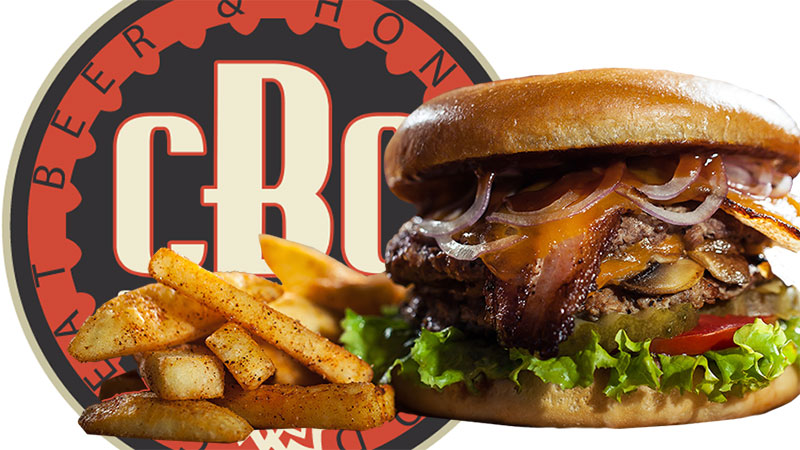 Let’s hope it’s time to break the curse. The space at 640 Packard Street in Ann Arbor, fronting the triangular intersection of State and Packard Streets, has not been kind to businesses. Back in the 70’s the location was the home of Delta Pizzeria and Restaurant. Since that time, it’s gone through several fleeting incarnations including an Espresso Royale Cafe, The Southside Grill, Artisan Bistro, The Atlanta Bread Company, and most recently Packard Pub (2009-2011), R.U.B. BBQ Pub (2013-2015) and Happy’s Pizza (2015-2017).

The formula the new Craft Breww City (which has an original location in Farmington Hills) hopes will break the string of too-temporary-tenancies is that of self-proclaimed “next level” sports bar with “a delicious restaurant menu with one of the biggest selections of craft brews and beers anywhere.” Personally, being the kind of sports fan who can voraciously watch the gamut from boat-racing to bowling to baseball to billiards, and who further adores the combination of sports-watching with eating, I love the idea. It seems like a smart plan to try and capitalize on the craft brewery zeitgeist and open a comfortable spot to catch a game that’s an easy walk to The Big House, Crisler and Yost. So I’m rooting for success, not least of all because I can imagine my ticketless self watching the Wolverines from a cozy seat at the bar next fall.

The beer & brew selection definitely lives up to its billing. With 150 different beers, and 40 of them on tap, you’re definitely going to find an option to slake your thirst. Regional favorites are abundant, including Hopslam Ale and Two-Hearted from Bell’s, Massacre Lager from Wolverine State Brewing Co., This Guy from South Lyon’s Witch’s Hat Brewing Co., and a 51K IPA from Blackrocks Brewery in Marquette. If you want to venture farther afield, you can opt for something called “The Limits of My Language Are The Limits of My World” which hails from Evil Twin Brewing in Brooklyn NY, or taste-journey overseas for La Fin du Monde, a triple-fermented brew from Belgium.

In terms of gastronomic delights, there’s a full slate of standard appetizers including tasty fried pickles (spears not chips) for six bucks, and duck poutine (roasted duck, cheese curds, gravy, twist fries) for $10. A beer/onion concoction highlights a trio of soups, and along with a standard array of salads with fresh ingredients available in half or full size (House, Greek, Caesar, Spinach, Michigan Cherry), you can choose from a pair of specialty salads, the Bloomfield (mixed greens, grilled chicken, bacon, egg, cherry tomatoes, avocado, blue cheese, croutons, choice of dressing) or the Memphis (mixed greens, hand-battered chicken tenders, cheddar, tomato, cucumbers, bacon bits, ranch) for $12 each.

Pizza is Detroit-style (deep dish and square) and comes in small (4 slices, $7.95) and large (8 slices, $11.95). The crust, cheese and toppings are definitely tasty; though, to be honest, while the sauce had a surprising and interesting tang, the pie, in general, was a bit over-sauced. Burgers were terrific. We tried the pretzel burger (maple glazed bacon, cherry bbq, cheddar, pretzel bun, chips) which offered a wonderful mix of juicy, savory and slightly sweet. Among several burger options, the menu offers a peanut butter and sriracha burger and a green chile burger, as well as a veggie burger and turkey burger. You are in quality burger hands at CBC, no question.

Yes, parking is a challenge, but…

All in all, the food offers satisfying, tasty quality at reasonable prices. The atmosphere is basic sports bar – high tables, multiple TVs easily viewable from any seat – though the standard motifs of signed jerseys and iconic photos (say, a young Cassius Clay standing above a downed Sonny Liston, or a requisite Bo Schembechler storming the UM sideline) are conspicuously absent. Nonetheless, CBC is a relaxing, fun place to watch a game or hang out with friends.

The food is good, the beer selection is top-notch. Darts and pool are free, with the pool table situated in a cozy, more UM-themed downstairs space that seems like it would make a great hangout for students, or really, any fun-loving crew. The parking’s horrible.That’s just the reality, and could be a big reason why so many businesses have failed in this space in the past. But CBC is worth the walk if you live (or can park), say, within a mile. If you want a place to watch a game or just meet friends and enjoy good food and drink in what could potentially grow into a new Cubs AC – except with better beer and absent the sound of bowling pins being knocked around in the background – give Craft Breww City a chance.