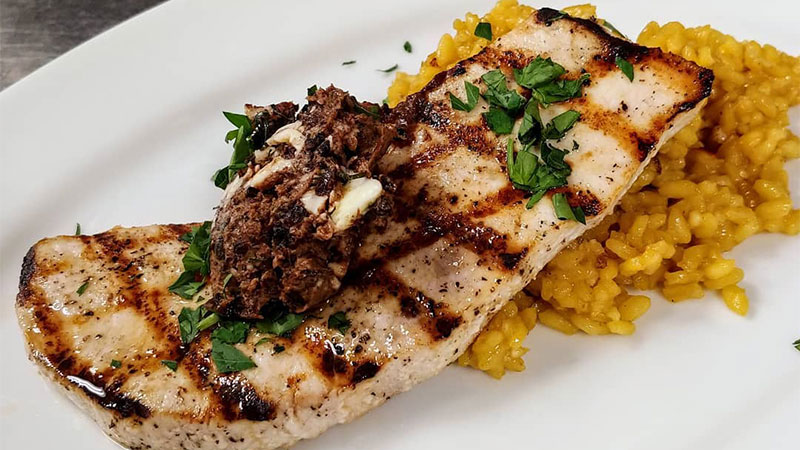 Typically, the word “standard” connotes one of two things—either “nothing extraordinary, just kind of standard” or raising the bar, like “setting a new standard.” Clearly, the recently opened Standard Bistro & Larder in Ann Arbor conjures up the latter. When diners enter the doors (to what is essentially an all-new building) at the location of the former Creekside Grill, “we want them to know they have arrived somewhere special,” says owner Alex Young, affectionately known to his staff as Chef Alex. Young worked for 15 years as a chef with Zingerman’s and helped start the Zingerman’s Roadhouse. He opened Standard because he wanted to try something new and “return to (his) French culinary roots.”

Every detail in Standard is carefully cultivated—the sleekly appointed decor, the wine, beer and spirits lists, the tuxedo-clad serving staff and each dish on the menu. “We intend to celebrate American Haute Cuisine,” Young says, defining the term as “modern French cooking brought to America to create a slightly Americanized food.” Everything served is homemade on the premises, including the freshly baked baguettes with accompanying butter and flavorful olive tapenade, and the handcrafted ice cream which, by the way, is absolutely delicious. Airy and creamy at the same time, the ice cream tastes both fresh and refreshing, with just the right level of sweetness.

The careful attention to detail extends to the lengthy process the restaurant uses to develop its many meat-based dishes. Adhering to a comprehensive, whole animal butchery regimen focused on local growers and dry aging, benefits both the restaurant and the larder (the retail counter offering take home cuts of meats and sausages as part of our fully comprehensive, whole animal butchery program focusing on local growers and dry aging).

One result is that the stocks used in the broths, soups and sauces are exceptionally well-flavored. The French Onion Soup, for example, boasts a three-cheese gratin, well-balanced with a light but savory broth that hints of smoked meat origins, and a proper, but not overly dense, sautee of onions and chunks of thoroughly soaked baguette. It’s everything you want your French Onion Soup experience to be and a solid precursor for a main entrée.

Another dish where the superior stock-rendering process is spotlighted, the Pan Roasted Blue Hill Mussels, is available as either an appetizer or, with the addition of white beans and pomme frites (french fries), as an entrée titled Mussels Frites. Either way, you’re in for a treat. Nestled in a delicious broth with a suggestion of white wine, the mussels are satisfying and perfectly steamed, and you’ll find treasures of fresh tomatoes, preserved lemon and a spicy lamb sausage that will make your mouth water. After you’ve finished the mussels, you’ll want to dip a baguette into the broth to savor whatever remains. 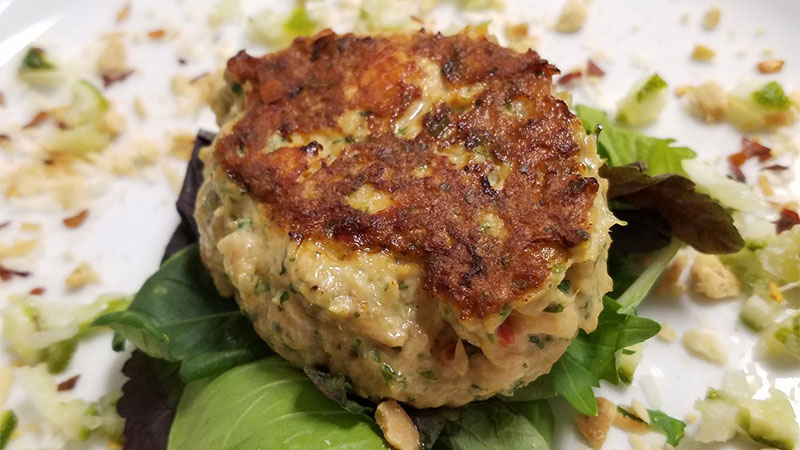 The larder and a long-term goal

Vegetarian options exist as well, in the form of a Buckwheat Crepe with artichoke and black chanterelle mushrooms, or a Wheat Berry Pilau with carrot, radish, almond and squash oil. But no need to wait to return another time to enjoy handcrafted sausage and fresh cuts of meat. They can also be purchased for take-home at the restaurant’s larder, a glass butcher’s case near the restaurant’s entrance where to-go orders can be picked up, as well as house-made pastas, other ready-to-eat items, and breads. Ultimately, according to Chef Alex, who reminds us that private banquet seating is also available for up to 120 people, the hope is to become “an integral part of the community, both an anchor of, and a destination for, the West Side of Ann Arbor.”