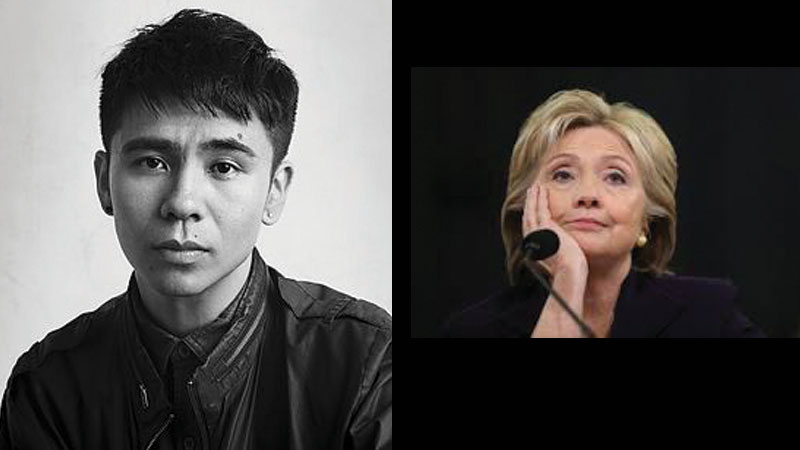 Former Secretary of State, Senator and First Lady dishes on What Happened in the 2016 Election on October 24th

In what may be the ultimate hindsight memoir, Hillary Clinton looks back on 2016 and attempts to codify what went wrong in the presidential election loss to Donald Trump. Highlights include Clinton’s description of how she felt in the second debate when Trump appeared to lurk behind her while she was answering questions. “It was incredibly uncomfortable,” she writes. “He was literally breathing down my neck. My skin crawled.” She asked herself, “Do you stay calm, keep smiling and carry on as if he weren’t repeatedly invading your space? Or do you turn, look him in the eye and say loudly and clearly, ‘Back up, you creep, get away from me?’” That crucial moment and others from the book will be discussed as Clinton claims she’s ready to “let her guard down” at Hill Auditorium on Tuesday, October 24th. Tickets are pricey with ticketoffices.com listing a pair of resale tickets in the balcony for $367.00 and a pair of orchestra seats for up to $778.00.

The Detroit native and author of the novel Virgin Suicides, as we well as the Pulitzer Prize-winning Middlesex, will read from his debut short story collection Fresh Complaint on Sunday, October 8. Stories include compelling characters such as a failed poet who becomes an embezzler, a clavichordist who must choose between the music he loves and the obligations of fatherhood, and a sexually confused college freshman whose life is upended when he encounters a stranger on a train. “Sprightly or serious, Eugenides consistently writes about complex lives with depth and compassion,” declares Kirkus Reviews. Following the reading, Eugenides will be joined by Guggenheim award-winning author and Helen Zell Writers’ Program faculty member Claire Vaye Watkins. Q&A and signing will follow.

Steve Gillis, noted local author and literary arts philanthropist who was the driving force behind the creation of both 826 Michigan and Dzanc Books, debuts his fifth novel. Liars is the story of Eric McManus, a recently divorced novelist who has come to believe that happy, healthy relationships are unsustainable and sets out to prove his theory by breaking up what seems like a perfect couple. According to Robert Lopez, author of All Back Full, “Liars epitomizes what Faulkner said all literature should be, the human heart in conflict with itself. Along the way you’ll be dazzled by Gillis’ fluid prose and wildly entertained at the human comedy playing out from beginning to end.”

Author of The New York Times’ best-selling poetry collection Night Sky With Exit Wounds, Ocean Vuong brings his unique brand of poetry to U-M on Thursday, October 5th. Born in Saigon, Vietnam, Vuong was selected by Foreign Policy magazine as a 2016 100 Leading Global Thinker, alongside Hillary Clinton, Ban Ki-Moon and Warsan Shire. His writing has been featured in The Atlantic,The Nation, New Republic, The New Yorker, The New York Times, The Village Voice, and American Poetry Review, which awarded him the Stanley Kunitz Prize for Younger Poets. His unique brand of poetry has been described as “precise, surreal and erotic.” In a review, The New Statesman said of his work: “he was born in Vietnam and emigrated to the US after a spell in a refugee camp; he is also gay. Being a Trump-voter’s worst nightmare seems to have provided him with a unique and often comic perspective on Western language and life.” He will share the stage with noted journalist and novelist David Gates.