The Brother Brothers are Coming to Ann Arbor 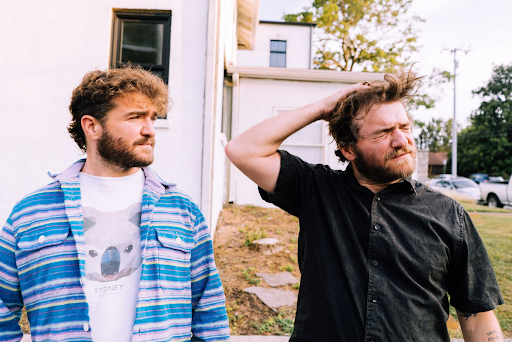 Whenever Adam Moss is asked to describe his music, his answers never completely represent what he wants to relate.

“Anytime I put a word to it, it mis-advertises it which is hard,” he said.

Together, Adam and David Moss make up “The Brother Brothers” a musical duo that is currently on tour traveling across Europe and the Midwestern United States. Adam plays fiddle, guitar, and banjo while David plays cello and guitar.

“It’s interesting because being on tour, it’s real life and it’s [a] real rhythm of life but it’s different from being at home and doing your home life so it’s kind of like having two different identities,” Adam said. “Especially as we mature as musicians, it’s more about cultivating moments in time to accomplish momentary goals.”

The Brother Brothers recently released their record “Cover to Cover” which includes 12 cover songs from some of their favorite artists with their sound. They are also hoping to release an album later in the year with original music.

“We love so many people’s songs and we love seeing them, interpreting them, and making harmonies out of them,” Adam said. “As a musician that’s one of the most fun things you can do. It was just a matter of getting together and putting our own artistry and seeing what felt right.”

Some of their musical inspirations include John Hartford and John Prine but they also love listening to and learning from other musicians. They recently joined Béla Fleck My Bluegrass Heart and many other musicians at Mountain Stage in Charleston, West Virginia.

“We have a lot of friends that are writing music [and] inspiring us daily because we hear their songs and share them,” Adam said. “We go to this festival called the Kerrville Folk Festival […] very song-oriented people come there [to] play their original songs and that’s a really inspiring place to find your own voice and share it with people.”

During their most recent tour, they have been traveling across parts of Europe as well as the Midwestern United States. Drummer Hannah Read accompanied them for part of the tour, a new facet to their performances as they have traditionally toured just the two of them. After the tour, Adam hopes to prepare for their next album and anything else that comes their way.

“Everything’s constantly being put back together and falling apart,” he said. “I feel like a new year is probably a good time to try to get it sorted again.”

To everyone who has supported the duo in any way, Adam would like to say a simple “thank you.”

“It’s really hard putting music out there and you do it for yourself initially but then once people start listening, you start relying on people to help sustain you and to be able to carry your message forward,” Adam said. “Thanks for being in the community, thank you for being part of our lives and letting us be a part of yours.”

Find tickets to The Brother Brothers’ show at The Ark on January 15 here.