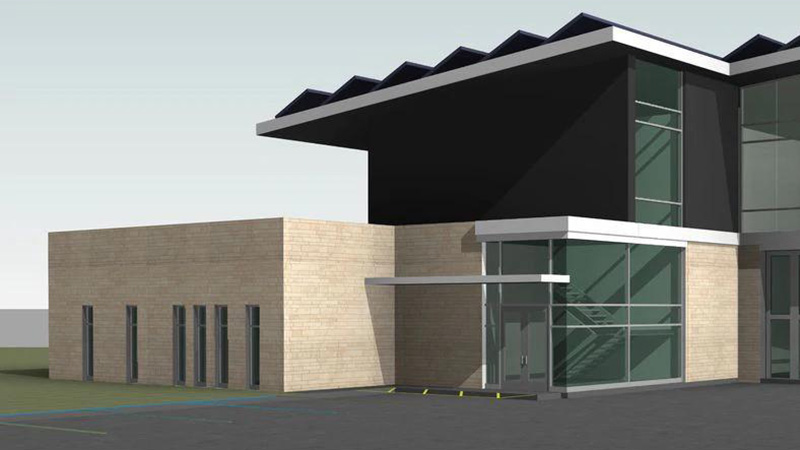 Get ready for the fire station of tomorrow, according to a presentation at City Council’s February budget session. Ann Arbor Fire Chief Mike Kennedy presented a series of renderings depicting concepts for what a new area fire station could look like, which will be quite a bit different from traditional firehouses. With a sleek, boxy design and glass exterior with a slanted roof covered with solar panels, Kennedy aims to create “the first carbon-neutral station in Michigan.” The futuristic station is estimated to cost approximately $5 million.