Buying Local Is A Vote For Community 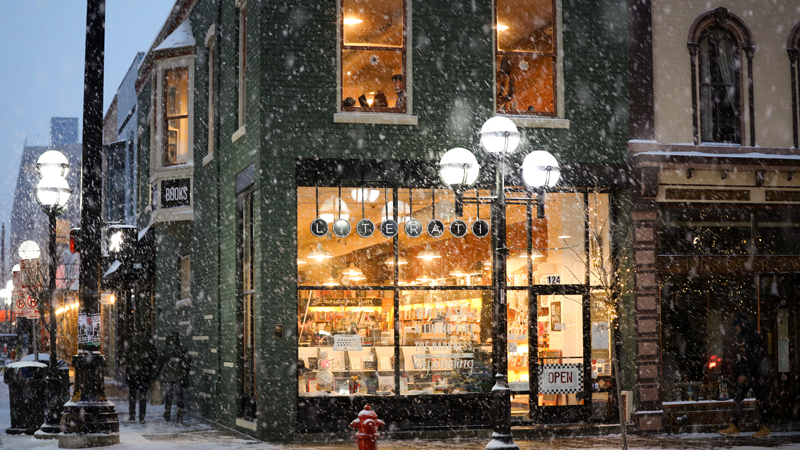 There is a sign outside of Rock, Paper, Scissors on Main Street in Downtown Ann Arbor. Written in large, florid calligraphy, it reads, “Shop Local.” It is as much a badge of honor as it is an appeal. Washtenaw County is a destination for tourists, a magnet for young professionals with families, and increasingly, a favored retirement community. The allure of our abundant local shops is part of the draw, and our residents have plenty of money to spend. But retail is struggling. 2018 has seen many notable local businesses close in Ann Arbor, including Moe Sport Shops, The Peaceable Kingdom, Vogel’s Lock and Safe, Common Language Bookstore, and PJ’s Used Records. In Dexter, Country Market also closed at the end of 2018, six years after another Country Market in Saline closed. Chelsea lost its River Gallery in the fall. Each of these businesses were a part of the community for a decade or more. It gives the impression that the “shop local” spirit may be more of an ideal than a reality.

Some of those major chains that have moved into the Main Street area of Ann Arbor include Shinola Detroit, which opened in 2015, Fjällräven, which opened in 2016, and Warby Parker, which opened in 2018. These luxury brands have major backers and can afford soaring downtown rents. Locally-owned shops rarely have the deep pockets of national brands and increasingly find themselves priced out of the market. Vault of Midnight, a comic book and game shop, is in the enviable position of being able to purchase the building it currently rents on 219 S. Main St.. The building owners are retiring and gave Vault of Midnight the first option to buy. With outside investors frequently offering double the asking price for prime Ann Arbor real estate, the local retailer jumped at the chance to own their own building and cement their presence in the neighborhood.

Rising rents is among the biggest challenges for independently-owned retailers. According to the Ann Arbor Downtown Development Authority, the average rent asked for retail space in 2018 was $35.90 per square foot, a $1.20 increase from 2016. Some retailers, however, pay as high as $50 per square foot.

Lisa Roberts, owner of Rock Paper Scissors, and Diana Marsh, owner of Thistle & Bess, These districts have been under construction—in part, to create more parking— which adds to the difficulties in accessing their stores.

Of course, the biggest hurdle local retailers face is online shopping. For the sheer convenience of shopping in your pajamas and the savings that retailers with no storefront and little staff can pass on to their customers, the popularity of the online marketplace has spelled doom for many local retailers. Many shoppers still prefer going to a store to see and learn about a product before buying it. Dave Huntoon, a Principal at Intalytics who assists and advises prospective businesses in Washtenaw County, says some of these consumers feel no obligation to give their business to a brick and mortar store, often gladly taking advantage of the service and knowledge of a local retailer about a product, and then buying online. This practice is called showrooming. “It’s not ethical,” Huntoon says, “but it’s not illegal.” 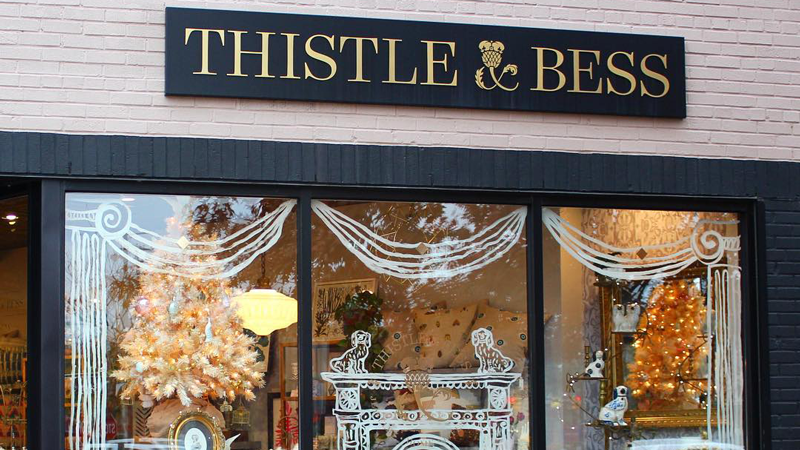 Diana Marsh of Thistle and Bess has had this experience numerous times. “I often have customers look up products on Amazon that we carry, while they are in the shop, to see if they can get it at a lower price. I also often hear customers say, ‘I love that! I will get it on Amazon later.’”

Frustrating, right? So how do local retailers compete?

The advantage brick and mortar shops have over ecommerce is the experience they offer shoppers who come to their stores. “The types of stores that do well are the unique ones,” Huntoon observed.

Stores that offer a unique atmosphere, things to try, one-of-a-kind merchandise, and special events are much more likely to be successful. For example, Eli Morrissey, owner of The Rocket in Ypsilanti, said, “We do not try and compete [with online stores]. We focus on creating a destination shopping experience with good, old-fashioned customer service and an excellent product assortment.” 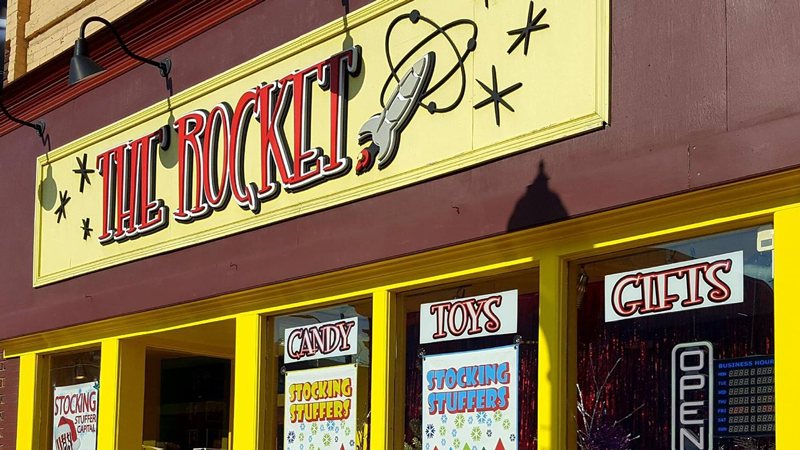 Hanna Runge, a resident of Ann Arbor and a supporter of independently-owned stores, says she is drawn to local retail shops because of the exclusivity of their merchandise. “If I’m buying a gift for someone from a local store, for example, I love that [the gift] is unique to Michigan. That’s special to me, and that’s something I get to share with whoever I’m giving the gift to,” Runge explained.

Carlos Franklin, co-owner of Black Stone Bookstore and Cultural Center, says he wants his customers to spend time in his store, and this is one of his primary reasons for not having an online shopping component. “You don’t get the real experience of intimacy [online] that comes from a bookstore.”

Sherri Schultz, co-owner of Brick and Mortar General Store in Depot Town, said that she and husband Zachary personalize their store down to the shelving. Zachary does woodworking and builds custom furniture and frames, and Sherri does custom hand lettering. They make these services available to customers in addition to their merchandise.

Special events are also key to retail success. Gustafson said Literati hosts hundreds of events and author readings throughout the year. Pop-up shops with guest vendors, parties, and hosting workshops are a big part of how local shops bring in new customers and excite their established client base.

The importance of community

Local retailers also rely on internal networks, like the Main Street Area Association in Ann Arbor or the Depot Town Merchants Association in Ypsilanti, to promote their business districts together. These organizations unite local retailers under common goals and provide critical support. Lisa Roberts of Rock Paper Scissors is part of the Main Street Area Association. “We are all focused on the same goal—continuing to grow Main Street and make it a must stop for people that are living in or visiting Ann Arbor. Events like Ladies Night, Restaurant Week, and Midnight Madness allow like-minded businesses to work together to generate foot traffic and provide our community with fun and unique events.”

On the larger community scale, Ypsilanti Mayor Beth Bashert weighed in. “The more we shop locally, the more we keep our money circulating in our community,” Mayor Bashert said. It’s not just money that is circulated, though. As both a local shopper and elected official, Mayor Bashert said she feels that “local retailers seem to center on selling both a unique experience and the local culture,” which contributes to bringing customers back. Customer loyalty, therefore, also creates an investment in keeping a community distinct.

Jessica Goniea, owner and esthetician at Jessica’s Apothecary and Spa in Kerrytown, sees shopping as a form of civic engagement. “Buying local is like a vote,” she says. By investing our money in local businesses, we are promoting the values we believe in. Buying local is about more than getting great stuff. It’s about maintaining the unique character and feeling of our towns, and supporting the livelihoods of families that make our community strong.