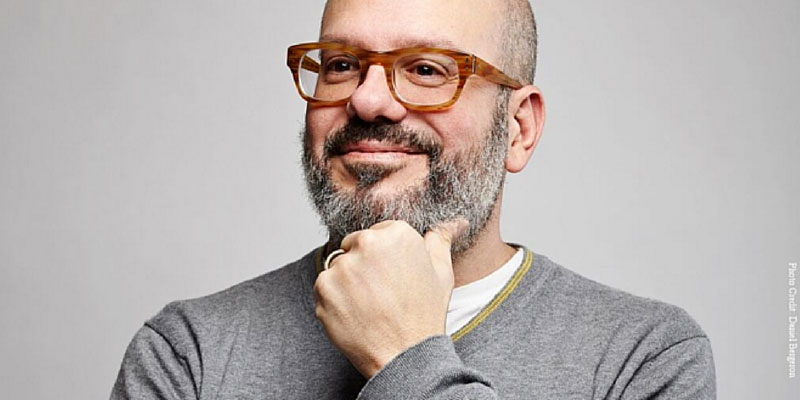 Many of comedy’s most entertaining voices are no longer with us: George Carlin, Robin Williams, Richard Pryor, Mitch Hedberg, the list goes on. David Cross has been doing stand-up since the mid-80s and cut his teeth with the likes of Louis C.K. and Janene Garafalo at the Catch A Rising Star comedy club chain in the early 90’s.

Cross caught on as a writer for the Ben Stiller Show where he met Bob Odenkirk. The duo went on to create the cult favorite Mr. Show for HBO (1995-1998). Netflix re-launched Mr. Show as With Bob & David in November of 2015, an abbreviated version of the original (four 30-minute episodes and an hour-long special). Cross is perhaps best known for his Tobias Funke character from the adored, but criminally short-lived Fox series Arrested Development (2003-2006). Netflix also brought back this Cross-featured show by popular demand in 2013 (15 episodes) with a new season in the works for 2016. An Arrested Development feature-film idea has also been bandied about.

While he has over 100 film and television credits (including such disparate entities as The Cable Guy, Men In Black, Ghost World, Eternal Sunshine of the Spotless Mind, Alvin & The Chipmunks and the Kung-Fu Panda franchise — who could forget his role as Allen Ginsberg in I’m Not There or his cringe-worthy turn as Dwight Hartman in Scary Movie 2 — Cross’s forte is stand-up.

Of his three comedy albums, 2002’s Shut Up You Fucking Baby! was perhaps the most memorable with its bitingly hilarious (and poignant) reflections on September 11 and the George W. Bush years. Cross did a show at the State Theater in support of the album in September of 2002 but last appeared in the Ace Deuce in 2009 after the release of his book, I Drink For A Reason.

The intrepid Making America Great Again! tour marks Cross’s first such venture in six years and by title and reputation alone, there’s sure to be plenty of material for staunch right-wingers to get their knickers in a bunch over. Cross had a rather infamous spat with Larry The Cable Guy around this sort of political/social divide.

Cross is a comedian who has taken his share of paycheck roles (ahem, MIB, Kung-Fu Panda), but who could blame a career stand-up for looking to bolster his art with a few greenbacks; he’s done plenty of heady and esoteric/art-house fare as well. While he may not be beyond reproach, Cross’s satirical brand of comedy can bring you to laughing tears. His comedic voice, delivery and storytelling are singular.

Many of his fans just want to get high with him; he is an Everyman after all, but an exceptionally talented and sharp-minded Everyman at that. Cross allows you to laugh while simultaneously stirring your intellect and conscience. While not above low comedy, Cross is a twisted genius with a mischievous heart pumping through his act.

David Cross will perform at the Michigan Theater on Saturday, February 13 at 8pm
Tickets can be found at michtheater.org