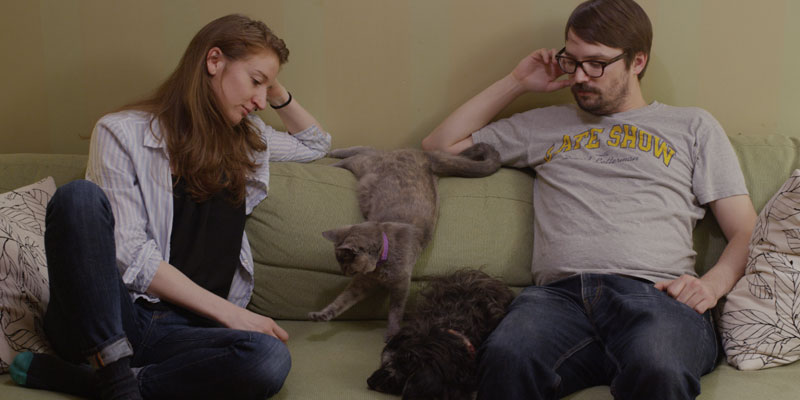 Editor’s Note: This transcript has been lightly edited for clarity

Current: How did you get your start in film? Tell us about your early projects and first feature film.

Lori Felker: As an undergrad, I studied literature and German. Film Art or Film History is commonly taught in those departments. After I graduated, I lived in Berlin for a year on a Fulbright, studying German film history. While there, I decided I wanted to try making films, too. I moved back to Pennsylvania and took film classes at Pittsburgh Filmmakers, taught myself video editing and started to freelance and make my own work. I don’t technically have a feature film yet…but I am working on one.

You work in both documentary and fictional narrative (short/long-form). Do you have a preferred medium?

I like to think I have preferred topics and concerns and that the form grows from there. I’ve got a narrative short and a music video in AAFF this year and I’m currently working on a documentary and a web-based video project at the same time.

You spend time between Milwaukee and Chicago, tell us about your work at University of Wisconsin-Milwaukee and Windy City life.

I just started a full-time visiting position at UWM this past Fall, so commuting is new to me, but it’s working. I love the thought of Milwaukee students working on sets with me in Chicago and I love bringing Chicago artists up to Milwaukee to visit my classes. It’s fun being a two-state lady.

Discontinuity seems to speak to the pitfalls of romantic relationships or perhaps the often-strained nature of human interaction on the whole. Is this interplay at the heart of your film?

Human interaction is difficult and constant. Our efforts to communicate are genuine and sweet and sad and misguided and hilarious. I knew I wanted to play with the absurdity of conversation but also how much we can miss out on in each other’s lives when we’re not around each other (for months or even a minute).

In addition to directing, you also wrote and edited this short. The cats’ names are very sports-nerdy. Not to gender-typify, but are you intimately familiar with the career of Carlos Baerga?

I did write a script, but then as we rehearsed, I would let the actors improvise and we would fold some of their ideas back into the script. The baseball names were something Ben ad-libbed during casting for Tabitha’s part, I think. I had silly cat names like “Dreamy” and “Zardoz” written into the script.  Ben was present for all of the Tabitha casting, so he had plenty of opportunities to mess with the dialog for fun. I had no idea who he was listing, but it cracked me up, so we changed the script.  Ben is a big baseball fan, so it was effortless for him.

You placed a film at AAFF once before. Talk about that experience. What are your impressions of Ann Arbor and its film community?

I had been attending the festival for a few years as a programmer or cinematographer and was already a big fan of the fest before I screened any of my own work there. When my video Broken New: Drama got in a few years ago, I was excited and nervous because it’s not like what I was shooting for other people and it features a very sleepy me in it, reporting my dreams as news. I knew that my face would be up there, huge, on the screen, in front of an intelligent audience.