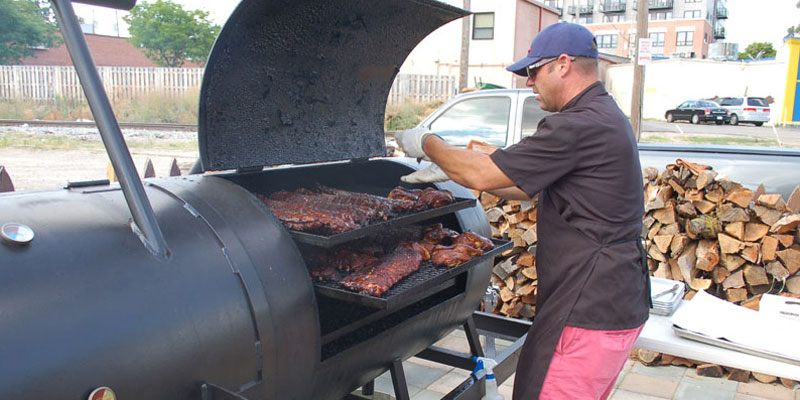 Chef Matteo Melosi spent his early childhood in Florence, Italy. There he learned the art of hospitality and “farm-to-table” dining, before that term became a culinary idiom. Melosi, raised in Italy and then Kalamazoo,  is now firmly rooted in Ann Arbor.  Local sourcing and building community through food are two of his fortés.

Westside BBQ, located on Madison just east of Main (adjacent to Fingerle Lumber and a stone’s throw from the Big House) is Matteo’s dream, the result of perfecting his brand of barbecue after countless hours with a smoker. Travelling to Kansas City, Memphis, Texas and all stops in between, he absorbed each unique preparation style. Long-time Grange bartender Adam Bota is a minority partner.

After being set up with a heaping plate of brisket with all the sides, Current sat down with Melosi on a smoky day in late July to talk BBQ. 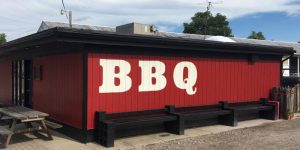 Current: How did the idea for Westside BBQ come about?
Matteo Melosi: Matt Roy, who owns Wolverine State Brewing, hired me to build his first kitchen in 2013. I brought in a couple of wood smokers that I had, like 12,000 pounds of metal, when Roy asked me to run the kitchen for him; fantastic run. I followed Wolverine with a pop-up at Argus Farm Stop and had an incredible reception from Ann Arbor’s west side. It got to the point where I needed to open a place.

Before Wolverine, give us a quick rundown of your hospitality and chef experience.
I was born in Florence. My father lives there and has owned and operated a hotel for 40 years, as well as a winery in Chianti. I grew up setting tables and making food for big groups of people on a daily basis. That’s what we did.

The Italian way.
The Italian way. The real farm-to-table. You literally go out in the backyard and collect fruits and vegetables. Over a large amount of time, I was able to make a full circle. I worked for Harley Davidson, Worldcom and Mercedes-Benz but I got out of corporate America to get back to what I truly enjoy.

So was Wolverine kind of your re-entry point?
It was. I cleaned up a couple of other restaurants:  the Dam Site Inn in Hell, Michigan and I was executive chef at Ann Arbor Country Club. I met this chef Aaron Peggs who has worked for me and I’ve worked for him. He’s Emeril Lagasse’s right-hand man. He was asked to be executive chef for The Masters last year. He and I, we got together. That’s what barbecue really is, the experience getting there. Listening to music, having a lot of fun. I never shook the bug and it’s grown into where we are right now. 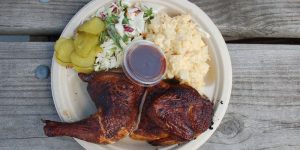 Slows is a name…
If you and I had an unlimited budget and we said ‘let’s go get some beers and some brisket’ where do you go — drive three hours? I think people really enjoy barbecue and there was kind of a market gap here. It’s supposed to be all about the meat and not the sauce. We have marathon 16-20 hour sessions on the smoker.

You’re an Italian doing barbecue.
I’m gonna let a cat out of the bag here, I grew up in Italy and know how to prepare Italian food. I can’t wait to get some homemade pastas in here, but right now I’m focusing on barbecue.

What about the menu?
Changes every day. I hand-select meats. Always, I am gonna have some brisket, a pork product, poultry, the salmon and trout will be coming along. Cheesy potatoes, beans, mac n’ cheese, some greens soon. Just seeing what people like and letting the menu reflect that.