Q & A with Kristi Lynn Davis 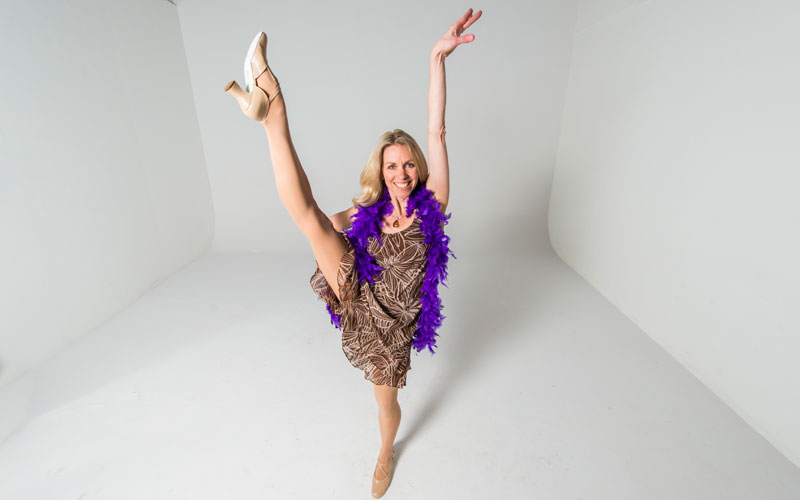 The phrase “living the dream” has been overused, but consider how many of us actually attempt to live out our hopes. A steady 9-to-5 gig in an established profession along with the textbook family is dream enough for most, but some choose a path with wilder inclinations.

Take Dearborn native Kristi Lynn Davis, (who now lives in Dexter and holds an undergraduate degree from the University of Michigan), who took to dance according to her new book, Long Legs And Tall Tales: A Showgirl’s Wacky, Sexy Journey to the Playboy Mansion & Radio City Rockettes. The book recounts her humble beginnings and her decision to pursue dance professionally after leaving a PhD program at the University of Minnesota. How did a wholesome Michigander find her way to the limelight of Radio City Music Hall and inside the gates of Hugh Hefner’s notorious Playboy Mansion?

Current sat down with Davis before the holidays to get a first-hand account of the dancer’s journey from New York to Las Vegas and beyond.

Current: You’re from Dearborn but settled in Dexter,  what is your connection to Washtenaw County?

Kristi Lynn Davis: I feel really connected to Ann Arbor, ever since I went to school here. That’s where I feel most at home now.

The book begins with your decision to leave professional dancing. Does a dancer’s career ever really end? I’m sure you must get the urge to perform.

KLD: I do, but in a different way. Like an athlete, dancers have a limited career because of the body’s limitations and also, most shows want younger people.

Who is the target audience for your book?

Let’s talk about that dream. You’re from Dearborn, would you say that you wanted to escape the Midwest and chase something larger?

KLD: I didn’t really think about it that way. I always had a love for where I grew up, but Dearborn felt smaller back then. Now it’s much more diverse. So when I went to New York City that was a big deal, because I was mixed in with a variety of people and cultures and I didn’t experience that growing up.

Let’s talk about your experiences at the Playboy Mansion.

KLD: Part of what made it funny for me was that I was such a fish out of water. It was totally an uncomfortable place for me to go. I didn’t feel like I belonged there at all, but I had a huge curiosity about it. The first time I went, we had photo shoots there for Playboy’s Girls of Rock & Roll. It was just exciting to see it, because it was infamous, it felt so forbidden.

Pretty exclusive guests there. Did you actually meet Hugh Hefner?

KLD: So I saw him in person once. He does this annual pajama party with his wife. After the party was hopping he came out in his iconic satin pajamas. It was Hugh Hefner from the magazine come to life. I didn’t talk to him, I was shy in a crowd with hundreds of people (including Tori Spelling and Kareem Abdul-Jabbar). But I did talk to his wife Kimberly.

What are your aspirations for this book and its lasting message?

KLD: My sister’s a screenwriter in LA, so my fantasy would be for the book to be successful and for my sister to write the movie version, that would be so cool. In terms of a lasting message, I wrote it to entertain and inspire. I really hope people get a good laugh out of it.

Long Legs And Tall Tales is for sale on Amazon
A launch party for the book will be held February 21 at Arbor Brewing Company, from 6:30-8:30pm For more information, visit showgirladventures.com