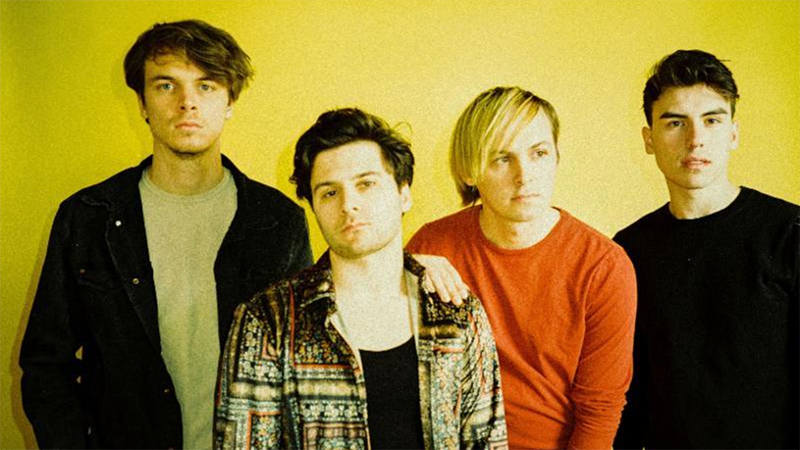 The Stolen will capture the hearts of pop-rock fans Thursday night at The Pike Room.

The Stolen, a  quartet of Dom Cuce (vocals, guitar), Rob Chiarappa (guitar), Kevin Smart (bass) and Mike Chiarappa (drums) from Old Bridge, N.J. will perform at the intimate Pontiac venue in support of their new self-titled, 11-track album, which dropped May 31.

“This tour is really special because of our evolution and seeing all the fans who have grown with us over the past six to eight years,” Smart said. “We’re celebrating a brand new piece of art, our longest collection of songs to date. We just really look forward to connecting with fans and playing a longer set than we ever have.”

Fans will hear several poppy gems from The Stolen’s new album, including their latest single, “Millennial,” which features a strong pop-punk influence with soaring harmonies in the chorus and a collaboration with Portland, Ore., indie pop-rock singer-songwriter Patternist, aka Gabe Mouer.

The track focuses on the challenges Millennials currently face in society – “She’s got a discount code on her page/For some boutique clothes and wine/If it helps her rent anyway.”

“It’s a reflection of what’s happening now, and I think the music video really helps drive that home,” Smart said. “There’s a discount code on her page, but is that really going to help her rent that month, or is she worried about more superficial things?”

“We’ve toured with him, and he’s a great friend of ours,” Smart said. “We had ‘Rooftop,’ and we were like, ‘We would love someone else on that second verse,’ so we sent it to Jake, and we’re like, ‘Hey dude, we have this song written, we think you would sound really cool,’ and then literally within a day, he sends us the vocal, and we were done.”

Before they honed their songwriting skills to craft inviting pop hooks and kinetic guitar melodies, The Stolen started as a group of New Jersey friends who explored their love of music. Together, they learned and performed AC/DC songs as well as classic rock and Motown covers at grade school talent shows.

Almost 10 years later in 2013, The Stolen started officially releasing music. For the release of their 2015 single, “Chardonnay,” they worked with producer Paul Levitt and transitioned their initial pop-punk sound to pop-influenced sensibilities.

In 2016, they released their debut EP, “I’m So Dead,” and followed up with their most collaborative effort to date, “Fragile Heart,” a year later. Before dropping their new self-titled album, The Stolen released a series of singles last year and earlier this year to give fans a preview.

“The singles are a perfect representation. We have a song like ‘Rooftop’ that’s super pop, you have ‘Stuck’ and you have another song that’s a lot more rock,” Smart said. “It’s not going to be one fluid sound, you know it’s The Stolen, but it touches on different ends of the spectrum of the genre that we’re in.”