Starting Out in Music

Belgrave started sharing her breathtaking vocals with local, national and international audiences nearly 50 years ago. While growing up in Ann Arbor, she sang Aretha Franklin and blues tunes at neighborhood parties with her mother, joined church and school choirs and received private vocal training from Willis Patterson, professor emeritus of voice, at the University of Michigan.

After graduating from high school, Belgrave received classical vocal training at the Interlochen International Music Academy near Traverse City and later moved to Los Angeles to sing in clubs. With four years of singing under her belt, Belgrave met her first husband, had three children and left her music career behind.

For 15 years, Belgrave stepped out of the music limelight and into full-time family mode. She chose a more stable home life instead of taking her children on the road. “I decided that I brought them into this world that it was my responsibility to make sure they got what they needed at home,” Belgrave said. “I didn’t even sing in church because I knew that if I started singing, it would just open up a waterfall.”

Belgrave kept that musical waterfall at bay until her father passed away in 1994. At her mother’s request, she returned home to Michigan and sang at her father’s funeral, which rekindled her passion for music. With music back in her life, Belgrave returned to California, formed a jazz band, got divorced and released her first album, Emotions Blue, in 1998 as a tribute to Billie Holiday. Five years later, she released Variations and began managing a recording studio in San Jose, California.

Despite her musical resurgence in California, Belgrave yearned to move back home and pursue a singing career in the Motor City. One fateful night she performed during an open mic at Bert’s Market Place in Detroit and met the iconic jazz trumpeter Marcus Belgrave, who became enamored with his future wife’s vocals and invited her to sing with his band.

“I’ve traveled all over, and I’ve been to many, many places, and there is no place like Detroit when it comes to jazz music,” Belgrave said. “People are more willing to help each other, which is wonderful, because Marcus was the nurturer for 52 years, and that whole feeling of nurturing is there.”

By 2005, the Belgraves became professional and personal partners and performed Louis Armstrong and New
Orleans jazz tribute shows before recording “You Don’t Know Me,” a Ray Charles tribute album, a year later.

“Marcus learned to listen to singers when he was a child. His father would put him in different parts of the band so he could hear everyone, and when you hear everyone, you know how to blend,” said Belgrave, who married Marcus in 2007. “I think that’s one of the main things he taught me was how to hear and listen for everyone.”

The Belgraves continued to write, record and release several albums until Marcus passed away in 2015.

Today, Belgrave keeps Marcus’ musical legacy alive through performances in Ann Arbor, Detroit and New York City. In August, she unveiled the naming of a local Detroit street after Marcus and announced a tribute band in his honor. “Jazz is not going anywhere,” said Belgrave, who’s currently working on her next album. “As long as we have elders passing it down to the young folks, and as long as we remember our history, then we’re going to be just fine.” 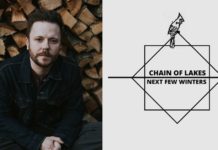