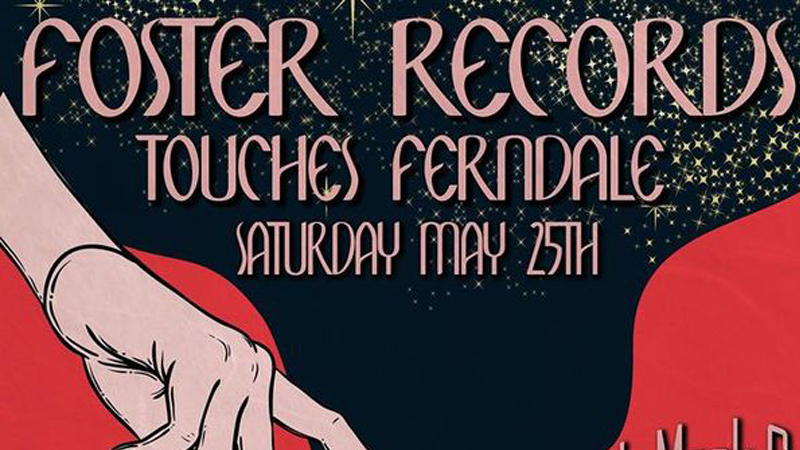 Together, the lineup will bring mind-bending elements of groovy rocktronica, acoustic alt rock, trippy psych rock and catchy indie pop rock. “Each band or artist brings a feeling and uniqueness that stands out on its own, so together we’re going to cover the rock gamut,” said Nate Zuellig, aka Ch’i Machines.

That gamut starts with Zuellig, who blends dirty, groovy rock with electronic and acoustic instruments as Ch’i Machines and includes hints of Stevie Wonder, Kanye West and Daft Punk. He released his self-titled, five-track debut EP last year and is in the final stages of recording his follow-up album.

“It’s very diverse as it comes out of a lot of experimentation with electronics and songwriting that I’ve been doing over the past three years,” he said. “The Foster crew helped me out a lot on one track in particular. I had a great beat I really liked, but couldn’t pin down a melody or anything so I threw it on for the boys, and we started scatting and singing whatever ‘til I recorded some of the ideas and got the song rolling.”

Zuellig co-founded the homegrown DIY Foster Records label with three friends, Jerry Heiss aka Jeremiah Mack & The Shark Attack; Griffin Schultz aka Baby Fangs; and Matt Wagner in early 2017. The Ypsilanti labelmates focus on artist development and management, music, multimedia production and promotion and book their own shows with other local artists.

“It’s been awesome working together with a group of like minded people to keep our music going,” Heiss said. “Working with great musicians like Ch’i Machines and Baby Fangs and our promotional manager, Matt Wagner, honestly inspires me to keep doing what I’m doing and strive to keep improving.”

As for Heiss, he chronicles the everyday experience through the emotive acoustic alt rock he creates with Jeremiah Mack & The Shark Attack bandmates bassist James Johnson and drummer Danarus Greene. The trio is putting the finishing touches on their new album, “Worth the Trouble,” which will drop late summer or fall.

“My first album, ‘High Hopes,’ was recorded by myself playing all the instruments, and so after a year of playing just acoustic shows, I brought in Danarus and James,” said Heiss, who started performing as Jeremiah Mack in late 2012. “I’ve known both of them since elementary school, so we meshed right off the bat.”

They’re busy writing and recording a series of singles that will become their latest album, “Interstellar Wonderlove,” which thematically brings people together to share serendipitous moment of peace and unity.

“Psychedelic rock has always intrigued me, but not until last year did I begin to understand what it was all about,” said Mikolajczyk, who joined the band in 2018. “Now being in this group, psychedelic rock is about being a strong enough musician to improvise and change parts of the song according to feeling in an attempt to make you feel or think a certain way.”