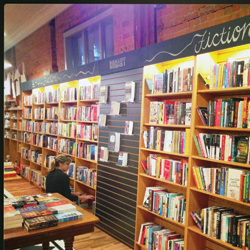 A pair of University of Michigan economists say that Ann Arbor-Washtenaw region has erased all of the job losses caused by the so called Great Recession and will add another 13,000 jobs over the next 2-1/2 years. Authors George Fulton and Don Grimes point to a broad-based recovery across multiple sectors, unique to this area.

The highest performing sector will be construction, which should grow by nearly 25 percent, pushed by new student high rises, downtown office space and a housing recovery. Construction employees in the construction sector could surpass 4,000 by 2015.

Next is financial services, which will grow by 20 percent based on a growing demand for mortgage services.

They expect Computer Systems Design to grow by 20 percent with 400 new jobs.

Nursing and Residential Care jobs will increase as baby boomers age and increase demand for care givers, nurses and senior living centers. Washtenaw County could add 550 jobs in the sector, a 13 percent increase. Jobs associated with state government funding at the
University of Michigan Health System and other institutions will add 3,500 new jobs over the next three years.

The return of the auto sector is expected to drive jobs in skilled manufacturing and transportation and warehousing., adding 150 jobs and 550 new jobs respectively.

An increase in overall wealth should push job growth in the leisure and hospitality sector, especially jobs at golf courses and country clubs, forecasted to grow 27.7 percent.

And finally the employment Services sector is expected to grow by 250 jobs.

Despite the recent good news, the authors said the 4.3 percent unemployment rate remains higher than rates between 1990-2007. “For many residents, economic recovery has not yet arrived, and might not arrive any time soon,” the report says.

Literati Come Forth
The rise of ebook downloads and online book retailers haven’t fully squelched the upstart dream of opening a boutique bookstore.

Mike Gustafson and Hilary Lowe, engaged to be married, recently returned to Southeast Michigan from Brooklyn to open Literati, an independent bookstore at 124 E. Washington in downtown Ann Arbor.

“It feels great. It feels wonderful,” they say on the store blog, which offers a detailed progress report on the store’s development, book arrivals, and upcoming events.

They have hired as “book ninjas” three former Borders employees, a Shaman Drum employee, the director of the Great Lakes Independent Books Association, and two Michigan MFA students.  “All are passionate. All are experienced. We’re thrilled,” they said.

The couple wants their store to be a meeting place for the community and plan to host events like kids story time, open mics and author readings.  On April 30, they sponsored an open mic event with the Neutral Zone at Literati. They are also considering hosting academic panels and life story telling events such as The Moth.

The ground floor houses non-fiction, biographies and memoirs while upstairs is populated by fiction, poetry, children’s books and cookbooks.
The bookstore has room to grow based on the community’s interest, including a “suggestion list” for people to write down their favorite titles and help shape the store’s character “If there’s not something you think we should have, say so!” they said.

Farmlogs, started by Saginaw State University graduates Jesse Vollmar, 24 and Brad Koch, 23, is developing a cloud-based farm management mobile application for farmers in the field.  The company, which has been written up by the New York Times, Forbes.com and Detroit Free Press, is trying to bring farmers in from the cold and into the 21st century.

“We’ve seen farmers track activities and expenses tons of different ways, from the back of an envelope in their truck to trying to remember to put them into an old clunky spreadsheet when they get home,” the website says.

The software helps modernize farming by bringing critical farm data online and onto smartphones and tablets. The tool allows farmers to quickly forecast and measure profits, track expenses, and more efficiently schedule operations. That data can be combined with information from other sources and shared easily with consulting agronomists, crop insurance agents, the Agriculture Department and others.

The company founders, which have reached out to customers through traditional agricultural fairs and expos, graduated from the Silicon Valley-based tech accelerator Y Combinator. With seed money, they launched the company last June eyeing Ann Arbor because of its unique proximity to talent, VC capital and mentoring and Midwestern farmers.

Mountain Melt
The downtown Rocky Mountain Chocolate Factory closed its doors last month after five years. The closure of Borders, and its foot traffic draw, made franchise owner Angela Eddins decide not to renew her lease, which expired at the end of March. Rocky Mountain’s closure follows the shuttering of two other neighboring businesses on East Liberty Street, Pink Pump and Grand Traverse Pie Company.