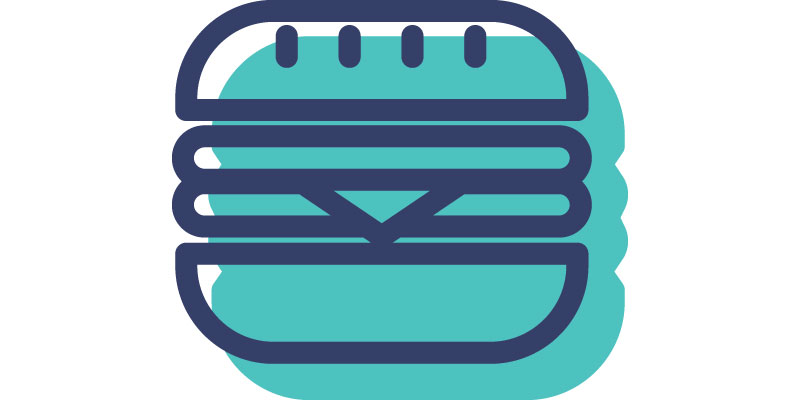 Pulling an all-nighter — either because it’s the weekend and time to let loose or because there’s a big exam tomorrow — is hungry work. Here’s who we like to order from when our hunger gets the better of us.

Insomnia Cookies
1229 S. University Ave. | 877-632-6654
Since you’re away from home and won’t be going to the dentist as often, you might as well indulge that sweet tooth inside of you with a late night ice cream sandwich. You will thank yourself for the sugar rush once you get your midterm grade back.

Fleetwood Diner
300 S. Ashley St. | 734-995-5502
Did you watch another episode of Parks and Recreation instead of studying and can’t stop saying, “Treat yo’ self?” Well, treat yourself to the best greasy diner food in town at the Fleetwood and burn it all off on your walk back home.

Pizza House
618 Church St. | 734-995-5095
The best cure for a drunk’s appetite or sadness is cheesy bread. Share slices with your drunk and sober friends here because it’s open until 4am…gosh do I feel bad for whoever works the  closing shift on Friday nights.

NYPD
605 E. William St. | 734-669-6973
Chill out with the freshmen frat boys and sorority girls at this pizza joint that you CANNOT confuse with the New York Police Department. You won’t get carded at the door by an officer and the mac and cheese pizza is to die for.

Pancheros
1208 S. University Ave. | 734-996-9580
Since the beloved Taco Bell was removed from the Michigan League years ago, Pancheros is the place for late night Mexican cravings. Nothing says college like eating a burrito while lying on the library floor in the middle of the night!

Frita Batidos
117 W. Washington St. | 734-761-2882
Already can’t pronounce the vocabulary words for your Spanish exam? You might as well struggle to pronounce the crazy good food at Frita’s while sharing an intimate moment with everyone in the room under the sexy dim lighting.