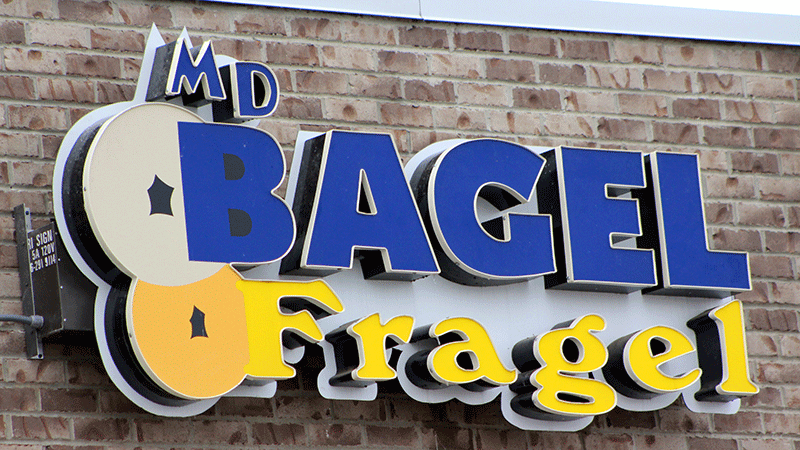 By noon on Saturday, February 8th, fresh bagels were in short supply as local favorite MD Bagel Fragle officially opened the doors of its new location at 3500 Washtenaw Ave., nestled snugly between Fast Signs and Scrubs & Beyond. 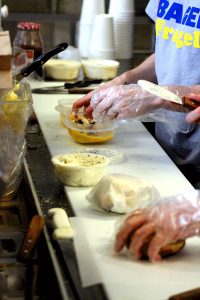 Two years after being forced out of the north Ann Arbor storefront they operated for 25 years, MD Bagel Fragle’s new east side nook is notably smaller (there are no tables for dining). Still, the crowd was mostly smiling as employees continued serving fragels (the fried bagel confection that serves as the bakery’s namesake) to the steady influx of glutinous carb-loaders.

Despite having prepared twice as many bagels as they would on a typical day, MD Bagel Fragle still underestimated the demand for their versatile treats. As a healthy mix of longtime fans and curious neighbors crowded into the cozy space around noon, most varieties of fresh bagels had long-since flown off the racks.

Any remainders— save for the dreaded poppy seed— were quickly sliced up for sandwiches or dropped into the toaster. An announcement that disappointed customers were invited to return for a complimentary bagel the following day drew cheers. Meanwhile, employees assured the undaunted that despite the lack of fresh varieties, the fragels would continue to flow until closing.