Theatre NOVA: The Local Stage Amidst a Global Drama 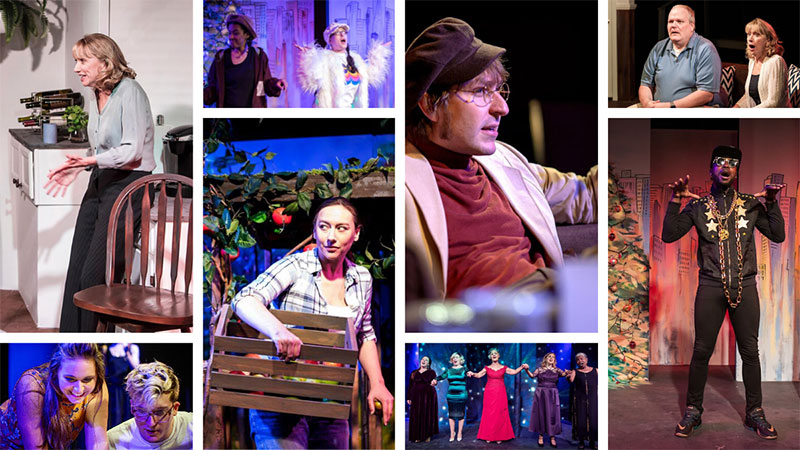 Covid-19 has brought the world to a standstill, but creativity still flows through our town, even as we continue to stay at home. When Carla Milarch and Daniel Walker established Theatre NOVA in 2015, their goal was to create original works that pushed the boundaries of community theatre while making the theater experience affordable for everyone.

2020 is Theatre Nova’s fifth season, but the handful of original stage works produced each season is just a small part of the troupe’s community involvement: forums and networking events offer an environment in which local playwrights can grow and thrive; after-school “Build A Play” classes provide Ann Arbor Public School students a chance to find their creative voices; summer acting camps and an internship program connect young creatives to college theater students to nurture creativity.

A key component of Theatre NOVA’s philosophy is the “pay-what-you-can” policy, to make witnessing the stage experience affordable for all— a tradition since the inaugural season which continues in these uncertain times.

In February, rehearsals for Ann Arbor-based, award-winning playwright David Wells’ latest work “Arabic to English” were well underway, with the sets nearly completed, when Covid-19 arrived. Theatre NOVA originally announced plans to postpone the production until August, which was disappointing, but understandable given the circumstances.

With Governor Whitmer’s stay at home order extended to May 15, making the late season start look uncertain, Theatre NOVA Producing Artistic Director Diane Hill remains hopeful. “We are still making plans for the future. We had already planned our next season, but we are holding off announcing it until we know how we will deal with the remaining three shows in our current season. . . This pandemic will not kill theatre. Theatre has been around for a long time, and it will bounce back.”