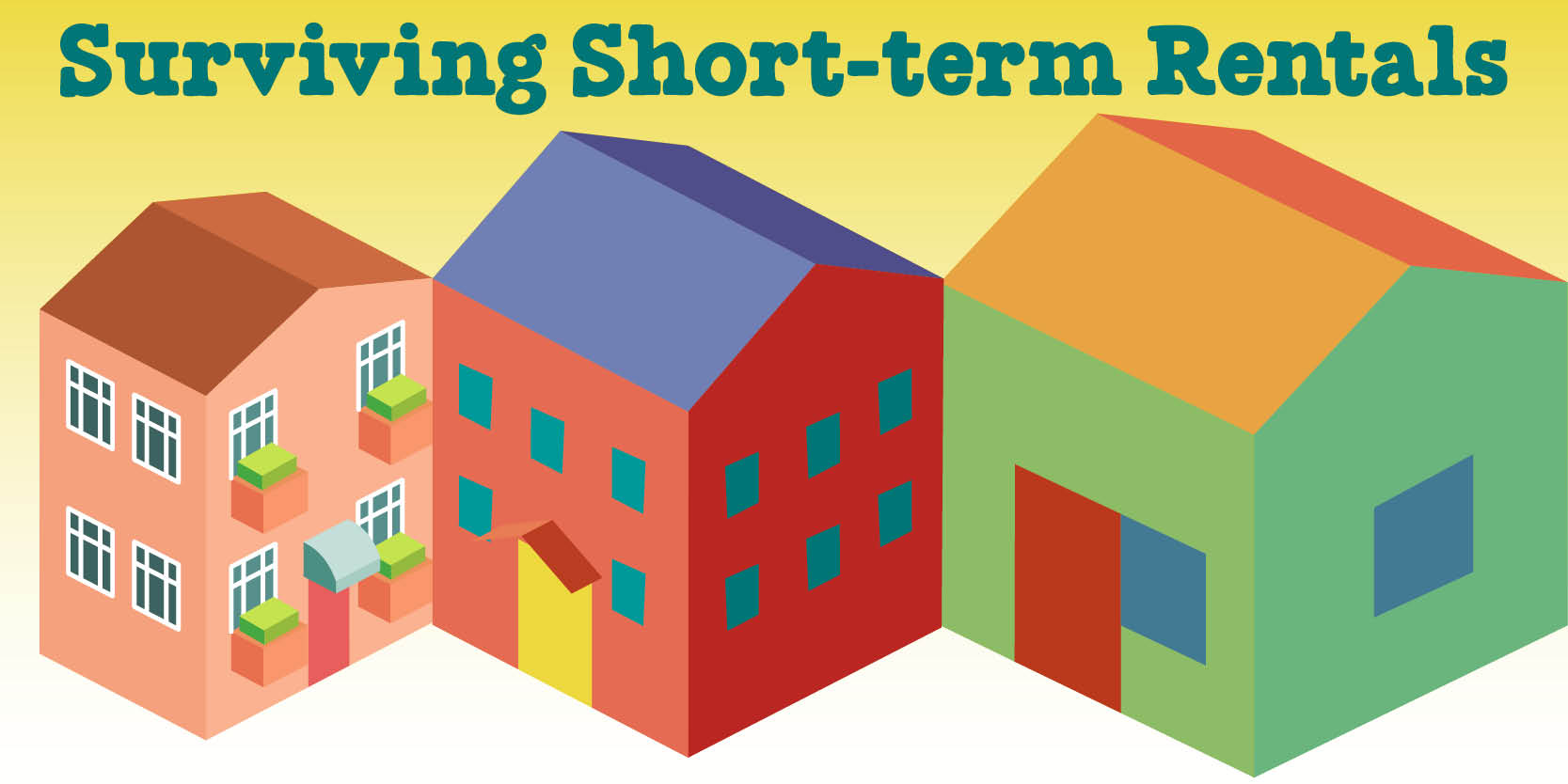 The history of short-term rentals is a long one. Entrepreneuring homeowners in colonial times accommodated weary travelers. During the Great Depression, the practice became common, and more recently, Airbnb made it possible to rent a room with the click of a mouse.

Should the City take action?

In Ann Arbor, transient football fans and visiting parents of UM students driven the short-term rental market. Whether it be a fully-furnished home, an apartment, or a room, these spaces offer out-of-towners a sense of connection to a community that is lacking at hotel chains on the outskirts of town. But that experience of immersion into the community poses problems such as rowdy guests drawing a noise complaint or claims of the practice’s negative impact on affordable housing supply. These issues lead to the question of what, if any, action should City Council take in regulating short-term rentals?

They could follow the example of Santa Monica, which had previously imposed such strict regulations on popular short-term rental aggregate Airbnb that the company was compelled to strike a deal with the City in December 2019. As a result of that deal, landlords are legally required to register their rental properties with the city, and are prohibited from listing multiple properties. An additional $2 to each rental fee will go toward funding affordable housing.

The lack of affordable housing in Ann Arbor has been an issue before City Council for some time. A 2015 report by Alexandria, VA based community planners CZB LLC determined to maintain stability in the local housing market, Ann Arbor should add 140 new units a year until 2035. Five-years, and only a few dozen additional units later, that goal seems far away.

In November 2018, City Council approved a $55 million development that will add 256 condominiums to 1420 S. Maple Rd. In December of 2019, Bloomfield Hills-based VMG Development LLC submitted a proposal for a $100 million housing development that would add 454 apartments. A 19-story high-rise set to break ground in Spring 2020 will bring 466 new beds to the heart of downtown in 2022, with 19 “affordable housing units.”

It’s also at the heart of a lawsuit filed against the City this past April by a Lower Town collective dubbed “Ann Arbor Neighbors for Responsible Development.” The group alleges that property was improperly rezoned in 2017 when the city voted to take it from PUD (“planned unit development”) status to C1A/R (“campus business residential”) in a late-night 7-4 vote. The suit claims that the improper zoning violated the Michigan Zoning Enabling Act, thus circumventing rules intended to ensure the inclusion of affordable housing in the development.

Last October, hired by City Council, Ann Arbor-based planning firm Carlisle Wortman facilitated three public meetings to assess public sentiment on short-term rentals and to weigh the prospect of regulation. Tensions ran particularly high at the first two meetings with questions and comments from frustrated neighbors, concerned renters, and landlords wary of being regulated out of business. And the specter of the “outside investor” hung over the conversation.

It may seem unlikely, in the current economy, that remote investors will snatch up valuable properties and exploit single-family neighborhoods as a source of “passive income” through short-term rentals. But responsible renter/occupants who engage in short-term rentals of their residences provide a different picture.

More than just a side hustle

Rue, a single mother who relies on the income generated by short-term rentals as a means of settling her student debt while remaining in her family home, is an example.

Jennifer, another local renter, assures that between the vetting, monitoring, prepping, and general caretaking, Airbnb is “hardly a cash cow,” and she is concerned that over-regulation may choke the modest, yet critical, additional income that short term rentals provide.

Nick, a “larger host” who has welcomed over 1,000 guests, shares those sentiments while remaining skeptical of the elusive “outsider investor” eager to stuff their coffers from afar.

Regulations to be considered early this year

Councilperson Ali Ramlawi, of Ward 5, who backed the hiring of Carlisle-Wortman based on the firm’s hometown connection, sees the meetings as an opportunity to encourage dialogue on a hot button issue. The turnout and engagement at the forums last fall provided the firm with plenty of input to allow them to conclude to present to Council. Ramlawi expects City Council will discuss the findings and consider regulation in early 2020— well before those football fans flood in for another season.

One consideration for City Council concerning any regulation of short-term rentals is the affordable housing dilemma. Despite being a welcome resource for well-intending visitors of all persuasions, each property that exists as a short-term rental represents one less available option for someone who works in the city, but can’t swing the rent.

Short-term Rentals in Ann Arbor: A Year at a Glance