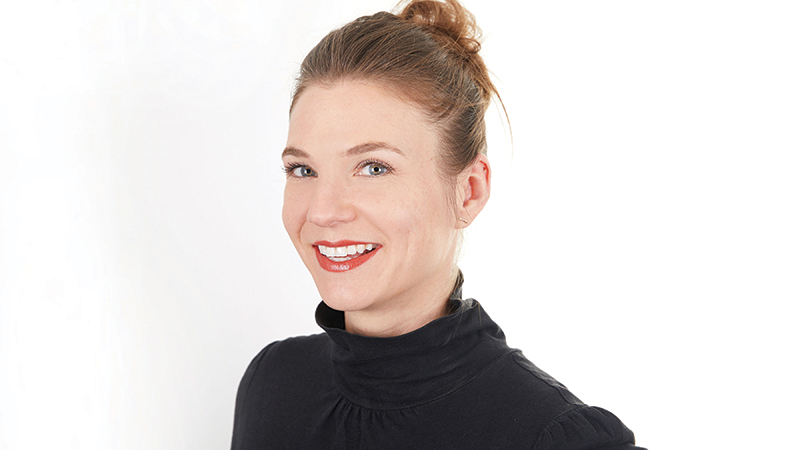 The hard truth about the flavors you are missing

As climate change storms to the forefront of critical issues in the early-21st Century, the search for new and innovative methods of waste reduction takes on a new sense of urgency. Finding a place to start can seem like a daunting task until you take into consideration that the U.S. Department of Agriculture estimates we waste somewhere between 30-40% of the food supply. With that amount of waste, the kitchen is the perfect place to start, and Lindsay-Jean Hard has a method that will make your mouth water. 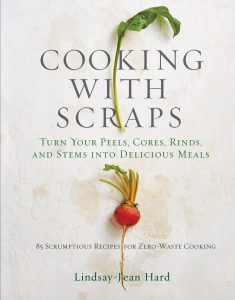 The author of Cooking with Scraps, both an IACP Award-nominated cookbook and a column on the popular culinary website Food 52, Hard specializes in making delicious meals from the ingredients many cooks throw in the compost bin. Cultural conditioning— and cookbooks— have taught us that certain parts of fruits and vegetables are unappetizing at best, or inedible at worst. Hard sees her kitchen in a different light— one that may change the way you view your kitchen.

You earned a Master’s Degree in Urban Planning from U-M. How did you get to the kitchen?  Yeah, it’s been kind of an interesting career path (laughs). I used that degree for a solid two years here in Ann Arbor— both at the Downtown Development Authority and then I shared time with the planning department at the City— and I loved it, but then my husband’s job took us to Japan for a couple of years. That felt like a natural break for me to do something different. A friend we had gone to college with was back here in Ann Arbor. He was going to start a company called Real Time Farm to help people find food they felt good about eating— whether it was going to a local farmers market, learning about the growing practices of a farmer, or finding a restaurant and seeing where they’re getting their lettuce from.

It was one of those moments, I realized, “I have to be a part of this!” I told him that I wanted to help do this when we got back from Japan, and the timing worked out so that we were returning right when they were starting their website. I helped him and his wife build the site from the ground up, and we had a pretty incredible board of advisors with wonderful people in the food world. Two of those people were Amanda Hesser and Merrill Stubbs of Food52.com. We had a great relationship with them, and they ultimately ended up acquiring us. So two of us went on to work for Food52.

I wore a number of different hats with them: I was a Community Editor, I ran cookbook clubs for them, and I was also a writer and editor. We had an editorial meeting where we were trying to brainstorm new column topics. Gabrielle Hamilton’s cookbook “Prune” had just come out, and she has a chapter in it titled “Garbage.” We felt like we had to do something along those same lines, and it was another one of those moments where I had to fight for it: “I have to have that column! It has to be mine!”

Food52.com is a community-built website where anyone can upload recipes, so I would look for recipes where other people were doing these creative things with so-called “scraps.” I would highlight their recipes and say why they were so smart and so special, and along the way I started to share my own recipes, too because I was learning so much from the community. That’s really where the cookbook was born, through my involvement with Food52 and that community.

You’ve spoken previously about your involvement with a CSA (Community-Supported Agriculture, known as “Teikei” in Japan) during your time abroad. Discuss the impact that experience had on your perception of food consumption.

(In Japan) we found this cute little neighborhood grocery store right around the corner from where we were staying, and we had a great relationship with the owner. We’d go in and try and talk with him, and we saw that people were getting CSA boxes. We saw the boxes outside. So we started getting these boxes of fresh vegetables grown from nearby farmers, and it really spurred me on to cook more and be more interested in food. It was a moment of realization for me: Wow, people are working hard, near me, trying to grow these things. I want to honor that food and use as much of it as I can, as best as I can.

That’s when I started a blog that was pretty terrible with horrible photos (laughs), as a way to document what I was cooking.

With farmer’s markets and locally-sourced foods gaining in popularity, did you notice any parallels when you moved back to Ann Arbor? Definitely! I think Ann Arbor is great with this. We are very connected to where our food is coming from, with many  farmer’s markets. We also have places like The Argus Farm Stop so that even if you’re not going to the farmer’s market directly, it’s basically like going to the market to support all of your local farmers. Just talking to people here and doing events here, people do seem really receptive to the idea of wanting to honor our produce and not waste it. People are always sharing new ideas on how to use as much as possible.

Your book has been out for a little over a year. How was it received, and how have things changed for you after being published? The reactions have been overwhelmingly positive. When I talk to people who aren’t as familiar with the concept, they’re always surprised about the Banana Peel Cake, and to learn that banana peels are edible.

It’s also been really gratifying for me that shortly after the book came out, I started working at Zingerman’s Bakehouse, so it’s been amazing to implement change on such a large scale. The vast majority of food waste happens at home with the consumer, so it’s important that we all make a dent in the food waste issue. Since Zingerman’s is no longer peeling bananas for our banana bread (three varieties), that’s thousands of pounds of peels that no longer need to go to the compost. We’re making use of them.

Compost is still great, but the highest and best use is to be eating, not composing.

Our kitchens aren’t exactly designed to encourage food preservation. How can the average home cook organize their kitchen to maximize our usage? So much of it is just thoughtful planning. I do like to go to the local farmer’s market and get whatever catches my eye, but I’m trying to get into the habit of figuring out what I’m going to do with those things. When plans change and you decide you want to go out to dinner one night, finding out how you need to prepare certain ingredients— do I roast it? freeze it for later? will it still hold for dinner later that week?— and then making regular checks of your fridge, your freezer, your pantry to see what you have in there and making sure you’re aware of what’s lingering in the back of the crisper drawers so that you get to it before it goes bad.

Did you know that you can transform odd bits into flavorful salad dressings, cocktails and more, using anything from water to vinegar to alcohol? Learn how to make creative blends and infusions— like Lindsay-Jean’s favorite Beet Peel Margarita— in this class.

Do you wish you had more go-to appetizers up your sleeve? Add a few food scrap-based recipes, like Kale Stem Hummus, Parsley Stem Tabbouleh, and Potato & Chive Aebleskivers, to your arsenal.

Stop throwing away produce peels or the leafy tops of veggies, like beets, carrots and fennel. Discover how versatile these ingredients can be by learning recipes that highlight these underutilized produce parts.

Whether for brunch or dinner, these easy, impressive meals are ideal for using up stragglers in the fridge.

To register in advance for these classes, visit
bakewithzing.com/special-events. 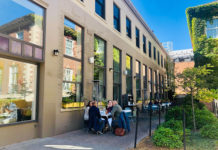