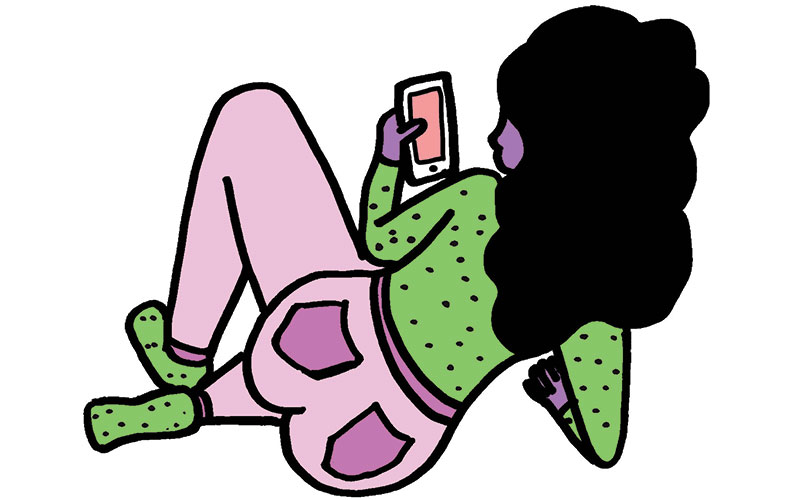 As I reconsider old stereotypes about masculinity, femininity, and power dynamics in relationships, I am starting to wonder if the ideas I have about whose job it is to woo and be wooed are as old fashioned as Rhett Butler. I met him on Tinder, and we had an ok first date. He was friendly and employed the rapid fire getting to know you strategy, with a steady stream of questions followed by “And what do you want to know about me?” Tonight would be our second date, loosely planned a week ago, and the ball is in his court. I suppose I don’t know him well enough to know why he’s not reaching out, and I can’t even tell if there’s chemistry yet, so I guess I should take the initiative or I may never find out.

Can we change who we’re attracted to?

The fact that I am considering a second date with someone I’m not sure I’m attracted to is already a huge departure from my norm. In the past, I’ve always known if there was chemistry right off the bat because I only had one criteria for attraction: hot. Did I mention I’m single? My brother recently told me that the fundamental difference between how heterosexual men and women date can be distilled to the following: men find reasons to love women they are attracted to, and women find reasons to be attracted to men they love. It is yet another stereotype but I have to admit I see some truth to it, except that I operate like the man. If I find someone attractive, it’s easy for me to see their good qualities. Not knowing if I am attracted to tonight’s potential date gives me an uneasy feeling. I can’t quite put my finger on why, but I just don’t feel the heat. Maybe it’s all about pheromones. Can we change who we are attracted to?

Good communication is hot. It takes bravery to call, ask real questions, and be honest and reasonably open in your responses. Bravery is hot. And, tipping my hat to Rhett Butler, good manners are also very hot. The thing I admire most about bravery is the not knowing. You may indeed get blown up on this mission. You may walk home alone, a little bruised. But you go anyway, because you have faith in the mission. It gets tricky when we lose sight of what we’re after, or as we move in closer, see things we’re not sure we want. If I think I am after love but keep ending up with lust, it’s probably time to craft a message for the mission I am really on.

How bad do you want it?

In the end of the day, my townie friend says, being in a relationship has to be better than being alone. The thing she notices most about married couples is their bickering. “It’s so unattractive,” she complains. “Why would anyone want to be around someone with whom they get along so badly?” She spent most of her life married and is relishing single life. “I am so enjoying the companionship of my women friends, why would I give that up for a mediocre relationship with a man?” But she does miss the thrill of being out in the world with a man she’s in love with. Scrolling through potential suitors with her on Bumble, she rejected several men I thought had potential. “Are you sure you want to date?” I asked. “I guess I’m ambivalent,” she admitted. She has had the same on again, off again lover for years. He’ll never be her man, but they have great sex on the DL, and she’s got a full and rewarding life to attend to. It’s not the relationship she thinks that she wants, but she keeps coming back to it. So maybe scrolling through men on dating apps is just her form of relationship window shopping and what she really wants is already in the bag. And that guy? He didn’t reply.

For questions and comments, or to join the conversation,
please contact smash@ecurrent.com