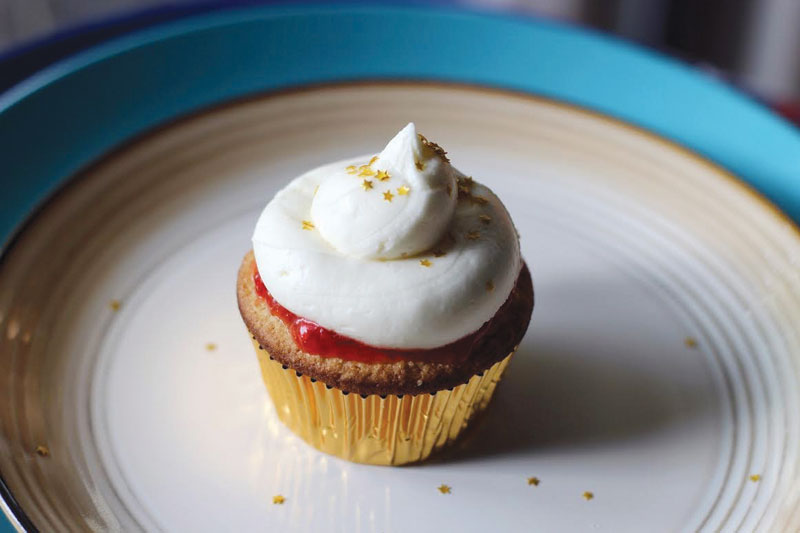 Like so many remarkable things in life, it started with a dream. During the 2000 Presidential campaign, Ypsilanti’s Sherlonya Turner had a recurring vision. “(George) Bush would be standing in my childhood bed wearing dress shoes, socks, boxer shorts, a shirt and a necktie…twirling a lasso. I had this dream night after night after night after night. It was exhausting.”

For most of us, this would be a cue to seek serious therapy, or at least swear off Jagerbombs for life. But this U-M history grad took it as a cue to study the lives of our Chief Executives. “I decided to read a biography about each US President…and I got to the end of that about two years ago, and I was just so sad. What am I going to do now? I have this president-shaped hole in my heart.”

In her grief, she turned to food. “I had been joking with people, if I ever had a restaurant it would be called Head of State, and it would have rotating themed menus based on the Presidents.  And then I thought, I could bake cupcakes for each President, because I like to bake and I like projects. I can mix up my love for the kitchen and my love for the Presidents, and their love-children will be these cupcakes and it’s going to be great!” 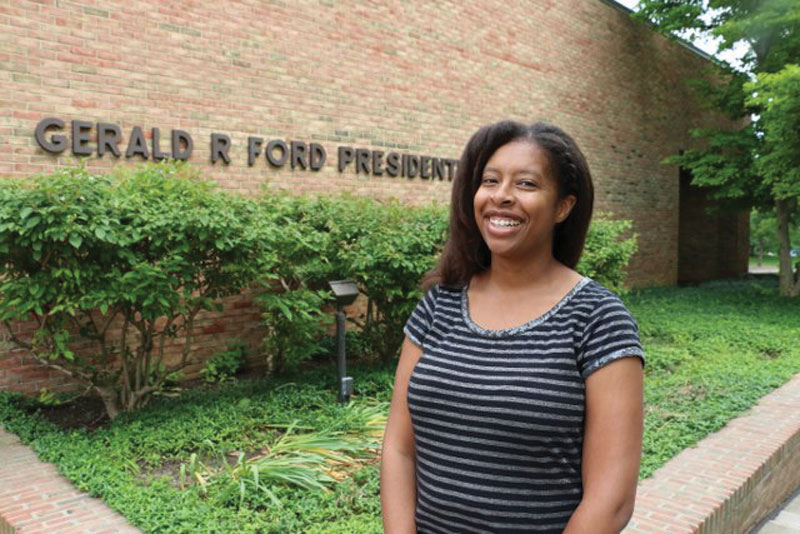 So began “Head of State Cakes,” an exercise in American history, with icing. There have been many biographies of our presidents, but none so tasty. Turner has taken her fascination with history and obsession with our Commanders in Chief to a delightfully weird level by interpreting each President as a toothsome dessert. Her blog headofstatecakes.com lists a cupcake for every sitting President (with two for Grover Cleveland), and the ingredients that make each one unique. Turner describes her modus operandi. “I just take some element from his life and times. Some of them are easier than other ones. Sometimes it’s about what they may have liked. Sometimes it’s about where they’re from. Sometimes it’s about wanting to pull out a fact about somebody that’s not an obvious one. These are non-partisan things; I’m not pushing an agenda with these things.”

“Once I decide what I want to do, I basically sit down and make a cupcake blueprint. I will draw the cupcake, what I want it to look like, and figure out how to make it work.” For example, “John Quincy Adams didn’t like to eat meat, so his is all about fruit flavors.” His father, second President John Adams, hailed from Boston, so “I wanted to take the flavors that one would use in making Boston Baked Beans (such as molasses and spices) and make a cupcake out of that.”

While her interpretation is whimsical, her product is dignified. Let’s face it, some of these japes would write themselves in more cynical hands.  “I didn’t want my kid going to school, talking about this project, someone clicking on it and finding something that would be embarrassing to him. So, a lot of obvious jokes were out. Like people would ask, ‘Oh, what’s Bill Clinton’s cupcake going to be?’ Whatever you’re thinking, that’s exactly what it’s not going to be. ‘So, is there going to be some chocolate in that Thomas Jefferson cupcake?’ No, I’m not going to do that,” Turner explains. “I love the Presidents now. I feel connected to this body of people; I wanted to do something to respect them as well.”

As her cupcake project neared completion around President’s Day, Turner feared she would be bereft if she didn’t have another iron in the fire. “I knew at a certain point I was going to do something for the First Ladies.” The Presidential wives are being rendered into donuts. Also in the oven are Candidate Cookies. “It’s like a clown car, there’s so many of them! I want to take this moment right now, because this won’t happen for another four years.”

What about her Presidential aspirations? “In my heart, I want it to be a cookbook one day. How awesome would that be?” she laughs. “The way to get people to talk about history is through their stomachs.”

Do you know someone doing something creative, offbeat, weird, or delightful?
Email Sue Dise at: sedise@yahoo.com