The Science & Politics of Cannabis A Night with Martin Lee 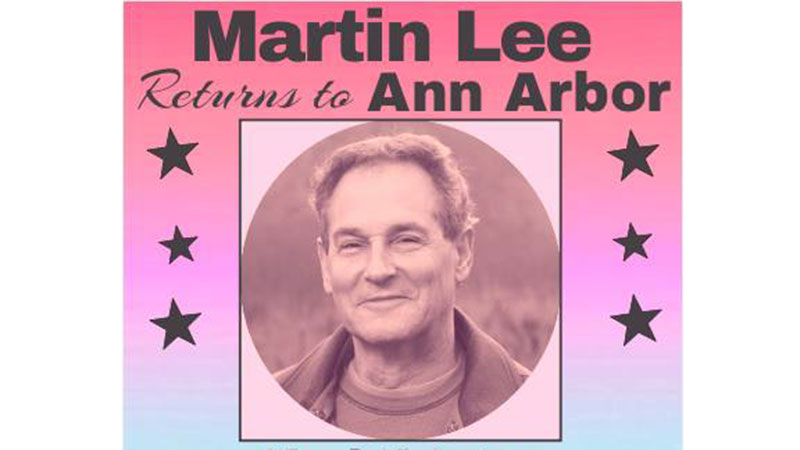 The University of Michigan’s chapter of Students for Sensible Drug Policy (SSDP) hosts UM grad, Martin A. Lee, a prominent figure in the cannabis space and the author of several books including Smoke Signals: A Social History of Marijuana – Medical, Recreational, and Scientific.

He is also Co-Founder and Director of Project CBD, a non-profit committed to promoting the medical benefits of cannabidiol (CBD). The organization promotes research and informs doctors and patients on developments in CBD.

Lee is no johnny-come-lately to the politics of drug criminalization. He co-authored his first book, Acid Dreams: The CIA, LSD and the Sixties Rebellion, in 1985. It explored the use of LSD during the 1960’s, including mind control experiments conducted by the CIA. Perhaps, based on what he learned about the shady side of policy-making, he went on to co-found Fairness & Accuracy in Reporting (FAIR) in 1986 in order to eliminate corporate and establishment media bias. His second book, Unreliable Sources: A Guide to Detecting Bias in News Media, in 1990 is an expansion on his work with FAIR. Before founding Project CBD, Lee covered the medical cannabis movement for years in the pages of O’Shaughnessy’s.

The lecture promises to focus on the current political and scientific climate surrounding hemp, cannabis and CBD. The event is free and open to the public.