The state legislature has recently decided to tack more on new rules and regulations on to Michigan’s 2008 medical marijuana legalization. Senate Bill 72, signed into law by Governor Snyder on Tuesday, January 10, gives landlords the power to prohibit growing or smoking cannabis on the premises of leased residential properties.

The new law was sponsored by Republican Rick Jones of Grand Ledge, who claims that cultivation has destroyed several homes in his district. “No one needs to use medical marijuana in a smoking form,” said Jones. “If they have a prescription, they can use it in many other ways – edibles, creams, oils, and even vaporizers.”

This new twist puts patients’ rights further in jeopardy by adding an extra hurdle to make consumption and cultivation that much more challenging. The new bill follows other restrictive legislation, like roadside saliva testing, that will put patients at risk of being jailed for medicating.

If you’re a patient who rents residential space, keep an eye out for the new provisions when signing your next lease. 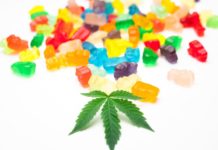