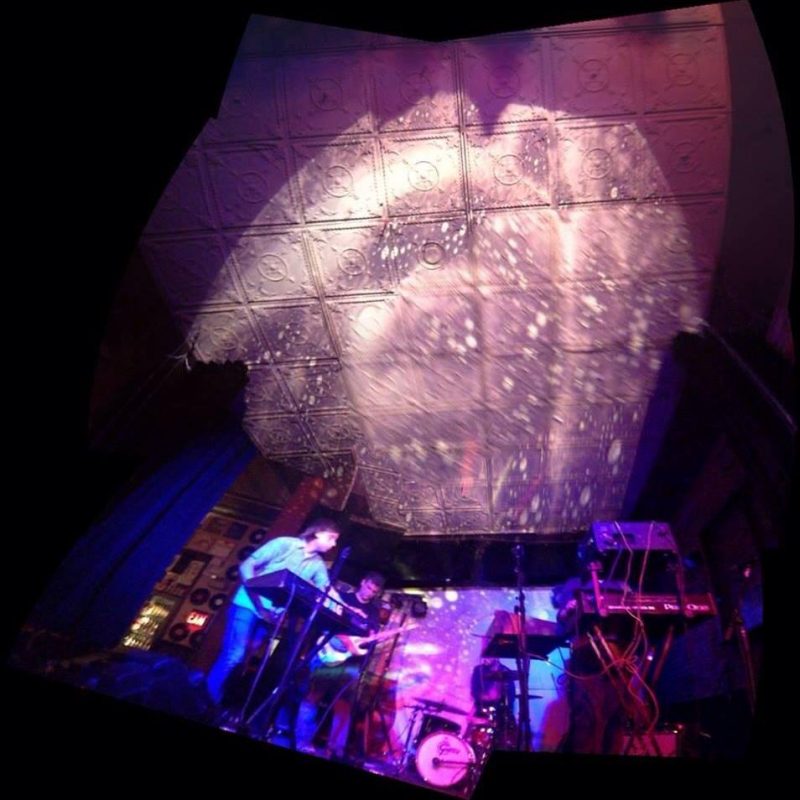 Previously on Peer Review: Human Skull discussed Ann Arbor’s Hydropark and their hypnotic music.  Now they have accepted the passing of the baton and talked with us this week about their favorite local band.  Hydropark formed in 2013 and has been making fantastic Kraut Rock inspired music ever since.  The band describes their origin as “formless, improvised weekly jams between drummer Chad Pratt and two synth players, Chuck Sipperley and Fred Thomas. Bassist Jason Lymangrover joined up in the fall of 2013 while living at the house where the trio practiced and overhearing enough of their scattered jamming to know they needed a more traditional rhythm section to solidify the sound.”  They cite Can, Cluster and Tortoise as influences, which is evident on their self-titled album from earlier this year, which you can purchase from their Bandcamp page.  Take a listen to the track “Night Vision” below.

Hydropark by Hydropark
For this Peer Review post Hydropark made a consensus choice for their favorite local band.

How would you describe Evan Haywood’s live show?

We played with them in the middle of our recent tour. We played Philadelphia the night before and then drove 11 hours on no sleep back to Ann Arbor to play a low key show at the Get Up. Evan and his crew played a set that really stabilized the vibe. The full band includes Kaylan Mitchell on cello, a killer rhythm section with a jazz background and that show included auxiliary horn players. It was beautiful and kept us from falling off the cliff of exhaustion we were teetering on the edge of.

What musical influences do you hear in his work?

A whole canon of early 70’s soft-rock and AM radio singer/songwriter influences come through like John Lennon, Harry Nilsson, Al Stewart, and the like, but there’s also an undercurrent of more avant garde curiosity to the songs. Some songs have a more bossa nova feel, some get into a more hypnotic, psych rock territory and some have a more isolated perspective, like lost outsider folk. Evan writes really breezy, thoughtful psychedelic folk rock songs that drift through a lot of different emotional zones, all brought to life by a large band.

What about Evan Haywood makes him your favorite band?

There are so many great bands playing around town right now, and they all deserve props, but we can relate a bit more to Evan and his friends because they’re also making music in a mode that’s a little bit harder to describe or easily fit into a digestible category. Evan formerly was an emcee in Ann Arbor hip hop troupe Tree City and switched gears dramatically to develop the strange, almost storytelling folk sound he’s working in now. Not a whole lot of bands with that backstory, and it makes for really engaging music.

Evan Haywood released a full length album earlier this year titled Ramshackles, which can be purchased on his Bandcamp page. Listen to “Settle Down (Young Girl)” from this release below.