A trip to the Mediterranean 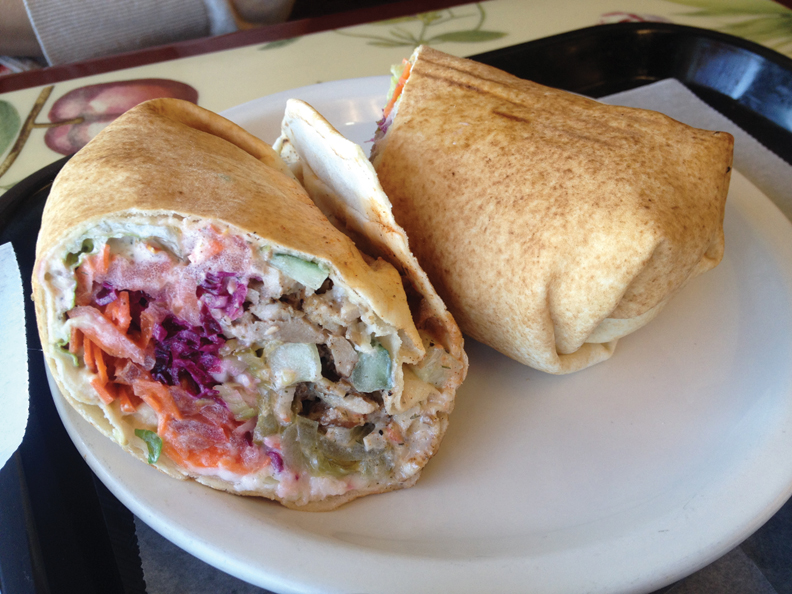 Invited to have lunch at Haifa Falafel, a fantastic Ann Arbor Mediterranean restaurant, Current staffers were ready for an adventure. We walked in and were greeted by the fragrance of delicious cumin and coriander spices that lit up our taste buds. A large menu directly above the counter highlights a variety of entrées including vegetarian options, along with nostalgic photos of the Middle East.

The atmosphere was comfortable and cozy, meshing with the positive energy of those working there. Ali and Fiq Usman, co-owners and brothers, opened the restaurant five years ago. They realized that there was a need in A2 for falafel made the "Haifa way." What does that mean? We asked the same question. The "Haifa way" means small, fried falafel made of 100 percent chick peas.

What to order? Well, we had to start with the falafel. We also ordered a chicken shawarma sandwich, grape leaves, beef shawarma and majadara, a side dish of cooked brown lentils, crushed wheat and sautéed onions. Beautifully plated, each of these entrées arrived as a large serving, along with a variety of dipping sauces.

Every bite was full of flavor. The shawarma (meat placed on a spit and grilled for hours), both the chicken pita bread sandwich and the beef atop majadara, were tender and flavorful. The grape leaves stuffed with rice and meat, were exquisitely rolled into form like that you would expect from a seasoned chef.

Ali informed us that the restaurant only utilizes organic and locally sourced meat and produce—health conscious locavores of Ann Arbor would approve. We left, our appetites satisfied but eager to return for more.