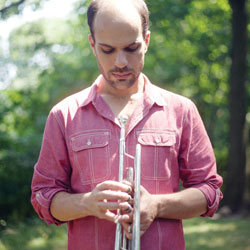 The kaleidoscopic range of jazz sounds coming our way in February and March include a pair of fascinating programs with a world music tilt.

The exciting African chanteuse Angelique Kidjo makes her UMS debut at Hill Auditorium Friday, February 1 at 8pm. She is a remarkable singer with influences from Miriam Makeba to Jimi Hendrix. She is also a powerful social activist and a UNICEF and Oxfam goodwill ambassador. Her opening act will be emerging star Meklit Hadero, blending urban jazz, folk and African stylings.

The UMS Global Music Series continues in March with an intriguing double billing which features traditional Iraqi music in jazz contexts. Hamid Al-Saadi and the Iraqi Maqam Ensemble tag teams with Amir ElSaffar’s Two Rivers at Hill Auditorium Saturday, March 23 at 8pm. Maqam is an ancient and complex tradition of Arabic modes of vocal and instrumental music. Al-Saadi is the only living singer to master all of the compositions of the maqam repertoire. Trumpeter Amir ElSaffar is a real delight with traditional instruments like the oud and buzuq alongside the tenor sax of Ole Mathisen and second-generation jazz drummer Nasheet Waits. The result is mesmerizing and wildly rhythmic.

The Hot Club of Cowtown is slated to appear Friday, February 22 at 8pm. This Austin-based outfit is delightfully, bucolic big fun! Their most recent recording, "What Makes Bob Holler," pays homage to Bob Wills.

Jazz cats will be pleased to know that soulful bluesman Keb' Mo' is set to play the Ark Friday, March 22 at 8pm. The man with the peace sign is back by popular demand!

There is a dizzying array of talent lined up to play a living room near you during Groundhog month! Trumpeter and composer Derek Worthington is the founder of the experimental Arbor Composers Collective. They appear at Kerrytown Concert House Sunday, February 3 at 8pm., celebrating the release of Worthington's debut recording. "Lovely Properties" features trumpets and tuba, saxes and clarinets, strings and percussion. Progressive vocalist Cyrille Aimee hits with three Guitar Heroes Friday, February 8 at 8pm. Her cultural pool includes powerful rhythms from the Dominican Republic and French
Gypsy traditions.

Leading-edge guitarist Michael Musillami brings a trio with bassist Joel Fonda and drummer George Schuller. Their complex telepathy will be on display Tuesday, February 19 at 8pm.

Drummer Jason Marsalis turns to mallets for his KCH gig with the Jason Marsalis Vibe Quartet Sunday, February 24 at 7pm. The band features pianist Austin Johnson with bass and drums.

DOWN BY THE CREEKSIDE

Baritone sax cat and bandleader David Swain fronts Ann Arbor's longest-running big band. He puts his big fun II-V-I Orchestra through their paces the last Sunday of every month at the Creekside Grill starting around 6:30pm. Their program for Sunday, February 24 features the music of Dizzy Gillespie! In March they pay tribute to the Tonight Show Band.

Lastly…did you think I forgot? It would not be a complete column for February if I failed to recall the promise of my favorite secular holiday! Groundhog Day is Feb. 2, and whether the furry fellow is spooked or not, we can be assured that spring will be coming soon! Play ball!