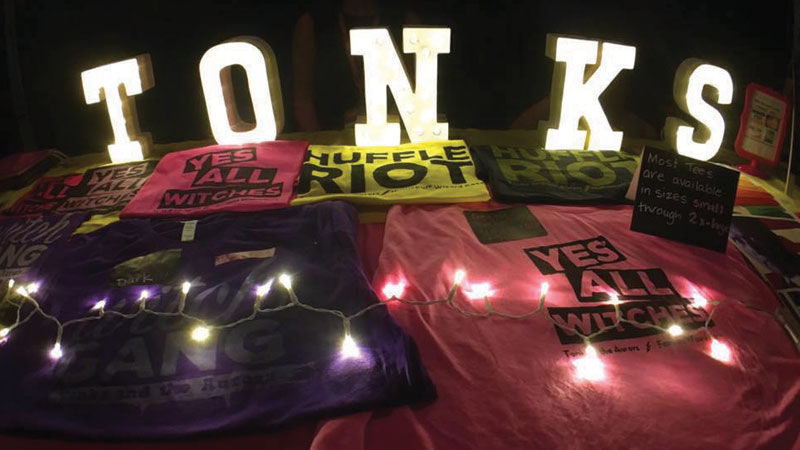 Get ready to believe in magic because wizard rockers Tonks and The Aurors are bringing their boy-who-lived-next-door music to Ann Arbor with the Yes All Witches tour June 27 at the Ann Arbor District Library.

Tonks and The Aurors writes music about Harry Potter, focusing on Hufflepuff, one of the four houses at Hogwarts School of Witchcraft and Wizardry. With song titles like “The Owl Post,” “1991 Charlie Weasley” and “Dear Remus” they’ve been touring libraries, cons and bookstores throughout the U.S. since 2007 casting a spell on audiences with up beat, melody-laden tunes.

Joining them on stage will be fellow wizard rock acts Tianna and the Cliffhangers and Losing Lara. Any Potterhead not under the Imperius Curse won’t want to miss this night of well-mannered frivolity.