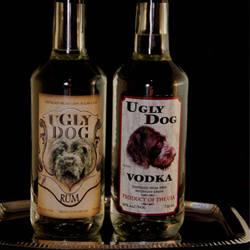 With a strong and well-known presence in the craft beer scene, it seems only natural that Michigan be at the forefront of the craft distilling boom that’s taking place all over the country.  Just over a decade ago, there was only one legally operating craft distillery in the state, according to The American Distilling Institute (ADI).   Last year, there were 11 (and I expect that number may be doubled by now).

By contrast, in 1896 there were over 8,000 licensed distilleries in the U.S.  Nationally, ADI counted 234 distilleries in 2011 up from just 24 in 2000.  Michigan’s 11 craft distilleries rank us around in the top ten nationally in this growing industry.

Michigan’s abundant agricultural resources and a strong farm-to-table culture play a key role in the distilling renaissance. In addition, 2008 changes to state laws lowered the license fee from $10,000 to $150 and softened requirements on production and distribution.  Some of the first to strike out into the unknown were the micro-breweries and wineries that already had the base knowledge and equipment necessary to get going. Today, however, we see more fruit farms and independent operations focusing solely on spirits production making adventurous headway into the market with more surely to follow.

All of these distilleries make quality unique spirits that have garnered local and national awards.  Many offer tours and tasting rooms for a start to finish experience. For more info on America’s distilling past and future check out: Distilled Spirits Council of The United States-
www.discus.org or The American Distilling Institute www.distilling.com