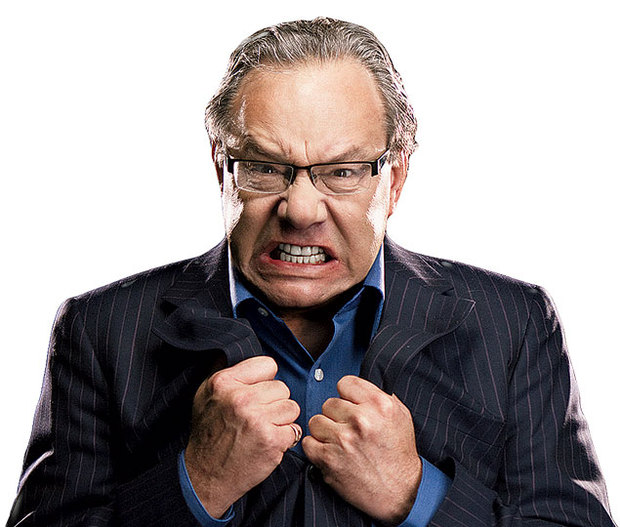 Black's brother is a UM alumni, so he had plenty to say about the UM football team's quadruple-overtime loss—which happened in the middle of his set. Black is one of the sharpest satirists today, known for his exaggerated anger, as made famous by stints on The Daily Show with Jon Stewart. Current sat down with Black to discuss the finer points of modern comedy, and why the Congress is driving him (and the rest of us) up the wall.

Thank you so much for doing this I’m a huge fan.

So your business is making fun of government failures…

Well not really, I was a comedian until government became the thing that made me the angriest

Do you ever feel pidgeon-holed as a political comedian, or do you feel an obligation to talk about it in your act?

I don’t feel any obligation, I was just born and raised around it, so it’s always been in my face and bothersome. When I was a kid it was idiotic but now it’s really gotten to a point beyond anything I ever imagined it would get to. So that kinda drives it. I mean I basically consider it more social satire, but people want to call it political I guess. Maybe it is, who knows, who the fuck knows.

But I don’t think it makes sense, so much to talk about, it’s just easy. Ted Cruz is easy. I say in my act Ted Cruz is a guy I’d actually really listen to him if he was wearing aluminum foil on his head, and that’s easy. But trying to figure out what exactly, what the government is doing in means of real people is what I try to get to.

Does it ever bring you any semblance of comedic joy, watching something like the government shutdown, or is it hard to reconcile the outrage you feel as a citizen?

I can’t stomach it. They’ve gone way too far. I mean the first shutdown, ok. The second one… ok. But now? No. You don’t get to do it after not accomplishing anything for years. The thing is now it’s ludicrous trying to get any facts in this stinkin’ veil of tears. Nobody finds out shit until weeks afterwards, because somehow the media seems to stumble along listening to these guys obfuscate, bullshitting a mile a minute, and the people who were saying they wanna get government spending under control are wasting money now. $300 million a day to keep it shutdown, in the name of reducing the debt.

Well I know your last special was kind of an unprecedented live event, was that because you specifically felt information wasn’t getting out and you wanted to address issues while they’re relevant?

Haha, I don’t see any of  it as a duty of mine, I just see it as trying to find a way to the joke. If you can get people to laugh at this, then maybe they’ll be able to step away. Cause’ that’s all I want it to be at the end of the day, funny.  I just started rolling out again developing new material, and I try to go off on stuff and I get applause and not laughs and I’m like fuck, I gotta think of a joke.

Do you ever think you’ll hear something so politically disheartening that you’ll go, “Well that’s it. Time to go back to airport jokes. This is just too upsetting to laugh at.”?

I haven’t reached that point… yet. But that’s the comedian in me, what I see has made me crazier than anything I’m seeing. Now they are pushing me to the limit of my sanity.

So has being as outspoken as your are politically made you more selective about where you tour? Because I would love to see the faces of a crowd in just the most conservative southern town going as you dive into an intense rant about republicans.

Is there something that attracts you to stand up more than other mediums? You started as a playwrite, you’ve published 3 books, done film, tv, you’ve done it all. What brings you back into the fray?

Well, it’s easier to get heroin. I left playwritting because it was like living in an abused orphanage, which wasn’t federally funded. And I simply have not been asked to do more films or more television. I mean, every year 2 shows are pitched with me in those shows, every year, for the last 15.The Root of all evil saw the light of day.

I’ve had a couple make it through to pilot. But the last real big adventure was David Kelley wrote a pilot for me, and NBC was jerking me around during the negotiations. So I would’ve had to sign a contract before I would even get to go test. Then they ended up offering me half of what would have made it worth my while to leave the road, and we’re not talking astronomical amounts of money, at all. I thought if NBC is jerking me around and they don’t even own me, imagine what they’re going to do when they own me. So I wasn’t going to sign a contract like that. It was great working with David while I did, but they ended up giving the role to Kathy Bates.

Wow, they were really looking for a type.

But that’s what I love about stand up. It’s just me and the audience so I don’t have to worry about NBC or CBS

Has there ever been a project you’ve felt passionate enough about to take the hit, leave stand up and really push for? Maybe on an alternative outlet like Netflix?

I mean i’ve done it. Hahaha, I don’t get anywhere. I worked on a show for IFC and it wasn’t considered, I dunno crazy enough. Even as a drunk-pot-smoking-theater professor who was a con artist living with his mother, who also had a DUI so he had to ride a bicycle. So I pushed to get that and I wasn’t alternative enough. It just never really works.

So stand up is just your bastion of freedom as far as controlling what you put out there?

Yeah, that’s just what I do. I don’t return to it, i’ve been on the road for 25 years. So I always just left this to do the other stuff, and go right back to the road. So I wrote 3 books instead, and I finally finished a play after 35 years and now it’s produced and it gets published this month.

Are you gonna be in it?

So is this your first time performing in Ann Arbor?

Well my brother went to U of M, so I’ve known Ann Arbor for a long time. One of my closest friends, who passed away, we ran a theater with in New York, was from there. A good friend of mine from highschool teaches in the med program there. And my first play was produced and had it’s first run there. Though we had a hot plate left on on the set and it burned then they found a bag of marijuana, so it was a little touch and go for a while.  And I used to work the comedy club there for years.

It used to be called The Trolley, I think.

Do you ever pop in for nostalgia?

Occasionally I do a few clubs that were helpful to me when I was coming up. 1 or 2 of those a year still.

Is that just to stay sharp? You probably don’t get harassed really in theater shows.

Well, in Witchita. I commented on Ted Cruz’s fake fillibuster and I had a woman stand up and yelled from the back of the room “Fuck you!” Then the audience went berzerk on her, so I had to calm them down and then explain to her that she was full of shit.

There are a lot of comedy purists out there who’d argue that theater shows don’t have the same intensity as smaller clubs. Does that ideology resonate with you?

No. You’ve gotta realize, I came from theater. To work a theater stage is, you know, it’s pretty fucking nice. It’s the club I was raised in then transitioned into those smaller rooms. I still like smaller rooms but I don’t really miss them because I was probably like a fucking lunatic bellowing in a space that I had no bussiness doing that in.

Before I let you go, I have two hypothetical questions for you. If you were a government employee who was furloughed, what would you be doing?

I’d be rallying the other government employees to steal government funds to buy a gun shop.

If you were running for office what would your campaign slogan be?

“If we can’t make things better for everyone, then we’re a bunch of fucking idiots.”

To view Lewis' Tour schedule visit his website at lewisblack.com/ or check out his latest special "Old Yeller" on demand.