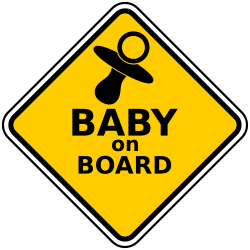 Kate Middleton might be carrying the heir to the Enlgish royal throne, but she rides the subway (the Tube – as they say across the pond) just like everybody else. That's why we like her. She even bought a "baby on board" badge so she always has a seat on the train.  Read up

Rihanna got busted for pot at the border between Michigan and Canada! Inspectors smelled weed and then brought in the dogs. They found a "small amount" but Ri wasn't on the bus, so she's cool. Read up

Some interesting news out of London, the people have decided that it's OK for babies to be created with DNA from more than two people. I know what you're thinking, "who knew that was even possible???" Well – it is, and they're doing it. Apparently this technique prevents parents from passing potentially fatal genetic diseases to their kids. Isn't that nice? Read up