Sunshine of your blues 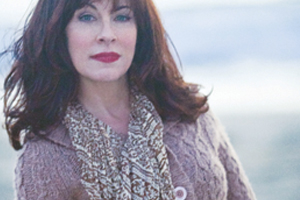 I’ve borrowed the title of the Cream song because Cream borrowed heavily from the blues. Without the blues, Baker, Bruce, and Clapton, would not have reached the lofty status to which they were elevated by the rock media of the time. The blues has always provided foundation and direction for musicians seeking to discover and apply the dynamics of “feel”,  genuineness, and soul to their craft. For non-musicians, it can provide solace, resolution and a testimonial to the good times and the bad. If you seek any of these qualities, check out some of the fine blues music our venues offer this hotter than hot July.

The Ark has a line up of red hot artists, setting the tempo for a great month of music.

Singer Janiva Magness makes her debut at the Ark on the 7th. This SE Michigan native has the voice and drive to express how the blues helped her find redemption and survival. Her story is brought out in a no holds barred performance that’s is hot as it gets with funky blues gyrations, squared off with cool, gospel-sober reflections of life and love. Her latest release Stronger For It contains an intense passion and thankfulness for the vehicle that gives her wings.

Get ready for a night of steamy soulful, rhythm and blues from Sister Sparrow & the Dirty Birds on the 13th. Singer, Arleigh Kincheloe and harmonicist brother, Jackson found the music magic somewhere between the tangled streets of New York and the inspiring mountains to the west. With strong aspirations and help from cousin Bram on drums, they have assembled a top-notch 8-piece musical juggernaut that has dance party written all over it.

Corey Harris returns to the Ark on the 15th with the Rasta Blues Experience. Together they bring an deep, exploratory approach to the different genres African music has influenced. As a student and performer embracing many musical roots, Corey may start out playing Delta blues, solo on guitar, then do songs with tuba, banjo, or a traditional African instrument. Throughout the evening a serious blues band or funky jazzy combo might take precedence. It all works with his masterful arrangements. Corey’s latest release  Mississippi To Mali  tells the musical story of returning to origins of blues and jazz.

It’s a big time zydeco dance party when Buckwheat Zydeco returns on the 26th. Stanley Dural and company have taken this energetic native-Louisiana music across the country and around the world because people go nuts over it. Check out what zydeco fans know and love about this music.

The Bluescasters will put some boogie woogie jump blues in your shoes on the 14th.

George Bedard & the Kingpins the popular rockabilly and roots power trio in town play your favorites on the 21st.

The Ann Arbor Summer Festival ‘s Top of the Park series holds its big time street party in front of Rackham Auditorium featuring free live music from local bands every night through July 8th. Madcat & Kane perform roots blues with Big Dave Steele and Mark Schimmer on the 1st. The Saints of Soul take you to the crossroads where the blues meets Motown soul on the 6th.Thornetta Davis unleashes her powerful array of blues and soul on the 7th. George Bedard & the Kingpins bring on the grand finale on Sunday the 8th.