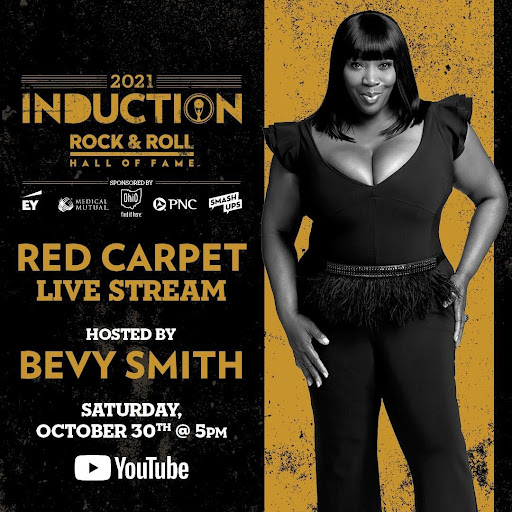 Clevland’s infamous Rock & Roll Hall of Fame will be holding their 36th Annual Induction Ceremony on Saturday, October 30th. From 5-6pm on their YouTube channel, author, media personality, and actor Bevy Smith will be hosting the Red Carpet live stream where you can watch all of the stars arrive.

The 2021 Hall of Fame Inductees include:

The Red Carpet live stream will precede the Induction Ceremony and cap off a week filled with the debut of the 2021 Inductee Exhibit, interview with The Go-Go’s, and special unveiling of the 2021 Inductee signature panel. For a complete schedule of events, visit https://www.rockhall.com/inductions.

The Ceremony takes place on October 30th at 8pm at the Rocket Mortgage Fieldhouse in Cleveland, Ohio. That itself will air at a later date on HBO and on SiriusXM, but the Red Carpet stream will be available to watch live from 5-6pm.

To watch the live stream of the red carpet visit https://www.youtube.com/watch?v=oZt0jdrZrfw to catch a glimpse of your favorite stars, Inductees, and maybe even some special guests!

To read more about the Rock & Roll Hall of Fame, visit https://www.rockhall.com.