It may be tough to keep up with all the new restaurants popping up around Washtenaw County, but this is one you won’t want to miss. Opened in March, Ma Lou’s Fried Chicken gives hungry customers exactly what they advertise:  authentic fried chicken. If that alone doesn’t make your mouth water, here are a few more reasons why you should check them out. 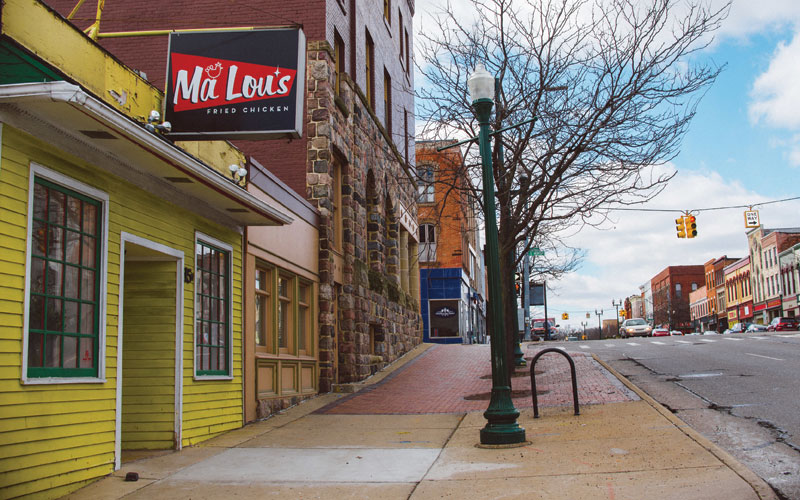 1. The location is awesome

“This place just screams ‘chicken shack,’ ” chef Frank Fejeran tells Current as we sit in a booth at Ma Lou’s.

He’s right. Ma Lou’s is a small, no-frills spot that looks perfectly designed to get people great food as efficiently as possible. But it’s also got a great location going for it, in downtown Ypsilanti.

Fejeran admits, though, that location isn’t the most important thing. His experiences with the hit food truck, Ricewood, show that people will travel practically anywhere for good food.

“We have a food truck behind a liquor store with no front signage and we sell out in 90 minutes every single day,” he said.

In order to get inspired for Ma Lou’s, Fejeran traveled to Nashville to experience the city’s culture and check out how some of the best make their chicken. One of the most striking differences from Michigan food culture, he noticed, was how locals would wait as many as two hours for fried chicken.

“It’s an event. It’s more than just feeding yourself,” he said.

3. The perfect place to get a family meal

Fejeran, one of six children, knows how important and difficult it can be to feed a large family, and Ma Lou’s is set up to be a delicious, affordable destination that everyone can agree on.

“I stress out when I am cooking for my kid,” he said. “Can you imagine cooking seven times a week? We ate out a lot.”

Family is built right into Ma Lou’s name, which was inspired by Fejeran’s grandmother, who was named Louise and had a love of fried chicken.

“She didn’t cook at all,” Fejeran said. “But she would go drop 50 bucks at the local fried chicken spot.” 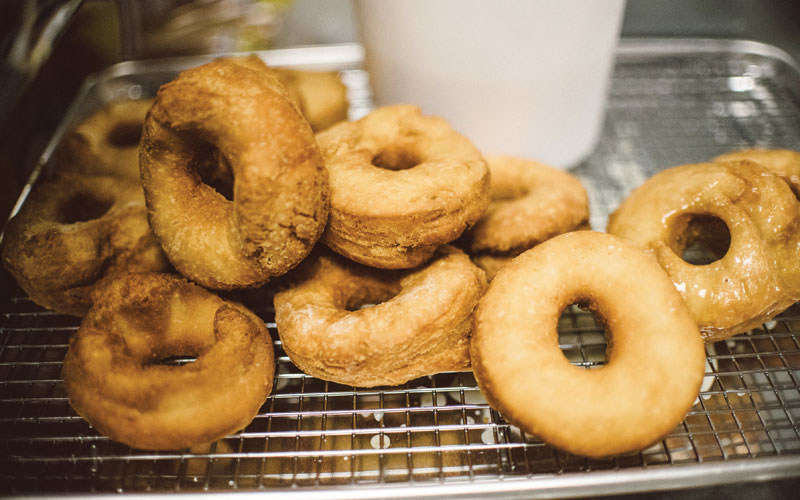 4. The man behind it is driven to succeed

Fejeran, a former chef at Ravens Club, has more recently taken to ventures where he can be his own boss, including his food trucks and consulting work. This comes after some time spent soul-searching and making some tough career decisions.

“If you’re not happy within yourself, nothing else is going to be right,” he said.

Now, Fejeran doesn’t just see himself as a chef, but as a businessman and, most importantly, a provider for his employees and their families.

And while he admits that some might come into Ma Lou’s with preconceived notions because of his elaborate background, he’d rather people not judge the menu based on personal expectations.

“I just wanted to do good fried chicken,” he said.

Look: you already know how much you love fried chicken. Whether you like legs or breasts, pickles or not, plain or with Ma Lou’s “Spicy AF” sauce, you know you want to check this place out. Fried chicken is a tasty comfort food, and Ma Lou’s is fully committed to giving this gift to Michigan.

“It’s one of those foods everyone loves,” Fejeran said. “It doesn’t matter where you come from, or how you grew up. It’s just really good.”