The spirit of activism is alive within the Washtenaw County community. Seen most recently in the Black Lives Matter and anti-Trump social rights movements, protests surrounding the fair treatment of minority groups not only within The Ann Arbor area but also nationally and internationally, are on the rise as individuals are driven to find their voice – and to speak it.

But this isn’t the first time Washtenaw County has seen a rising of empowerment among members of the community. In fact, it has become a time-honored tradition for many as it sprawls the generations.

Black history, specifically, in Ann Arbor can be traced back nearly as far as the history of the city itself. Beginning around 1827, only a few years after the city’s official founding, when Jacob Aray, an immigrant from Holland, arrived in Ann Arbor with his wife and children, purchased 160 acres of farmland. The Arays were one of the first free black families in Ann Arbor, and Jacob’s son, Asher, grew to be a conductor on the Michigan underground railroad, heroically helping fugitive slaves from the South to cross the border to Canada.

Eighty years later, in 1947, “Operation Haircut” saw Ann Arborites, particularly University of Michigan students, picketing local barber shops that refused to serve black customers. These pickets expanded by the 1960s to include other local businesses as the civil rights movement in The South gained national prominence.

At this time Ann Arbor experienced its most note-able, historic movement. Members of the Black Action Movement (BAM) staged non-violent demonstrations in the late ’60s to protest the too-slow integration of a still overwhelmingly white university. When University employees and students went on strike in 1970 to support BAM’s aims, a settlement was reached that would pledge millions of dollars to the goal of reaching 10 percent black enrollment.

Wishing to both preserve these memories and perhaps inspire a new generation is the nonprofit, African American Cultural & Historical Museum of Washtenaw County. Dedicated members of the museum are currently accepting donations of historical artifacts, holding events and continuing to raise money to open a museum that honors Ann Arbor’s rich history of black activism, perseverance and bravery. 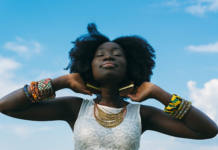