When it comes to drinking and dining out in style, there’s an embarrassment of riches right here in Washtenaw County — whatever you’re in the mood for, from upscale to low-key, from barbecue to vegetarian, from fried to fermented, or from beer to cocktails. But during these warm summer months, it’s nice to travel a little bit to see how people down to road quench their thirst and tickle their palates. Here are a few ideas for those times when you’re itching for a quick culinary road trip.

This is not your father’s Chinese American restaurant. That’s thanks to a superb cocktail program and an imaginative yet affordable menu designed by New York-born-and-trained chef de cuisine Brion Wong. Elevated takes on old standards, such as Crab Rangoon, Lo Mein, and Egg Drop Soup are here, as is a tasty version of the Detroit original Almond Boneless Chicken (ABC to those in the know), plus the “absurdly delicious” Cheeseburger Spring Roll. Drinks range from various bottled craft beers, meticulously curated sake flights and whiskey selections, wine, and cocktails including the old school Singapore Sling or Mai Tai, and the “exotic,” such as the Jade Wall made with gin, lillet, fennel liqueur, lime, and sea salt. 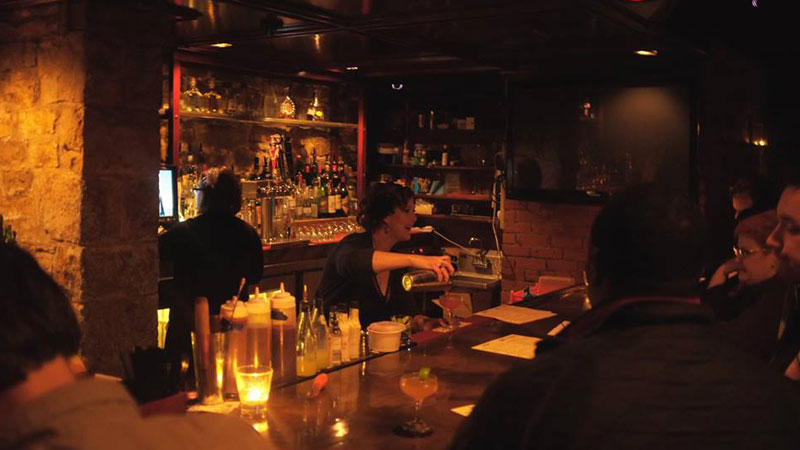 With so many highbrow establishments where one can enjoy a handcrafted cocktail popping up these days, it’s a special treat to discover an “underground” place for a sophisticated tipple in an unpretentious atmosphere. The Keep is literally underground, occupying a cavernous, dimly lit basement in a triangular historic building. One glance at the drink menu (they don’t serve food) shows they are serious about their adult beverages. Whether you fancy classics like a Tom Collins, Manhattan, or Sazerac or prefer to get more adventurous with an ever-changing lineup of creative libations– many concocted by mixologists visiting from other area bars or from as far away as New Orleans– you’ll find something to pique your interest. The Keep also has a substantial beer list, with selections ranging from the craftiest craft brews down to PBR and High Life, for those times when you’re just not feeling fancy. 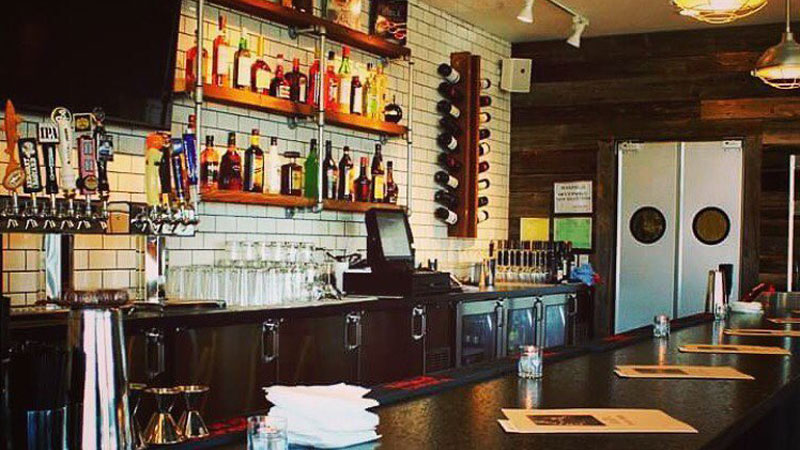 Just steps away from the ever-bustling Southfield Road is the sleek wood-and-metal design of the 44-seat Griff’s, accentuated with plenty of natural light. It’s a cozy space to explore a menu of modern American fare developed by co-owner and Allen Park native Chris Griffin and Detroit food veteran Steven Kempner, known under his nom de pop-up “The Fargin Chef.” Find twists on appetizers such as Poutine smothered with slow-roasted pulled lamb and gravy, or Lettuce Wraps, featuring marinated chicken breast, pecan bits, and orange sesame dressing. Enjoy the best Scotch egg you’ll ever have, served with Griff’s excellent housemade habanero remoulade. Wash it down with something from the extensive wine list, one of 12 beers on draft, or a specialty cocktail. 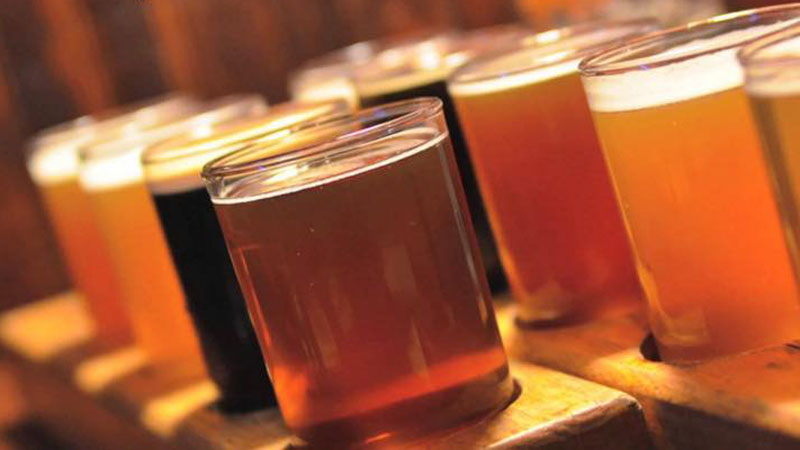 Not far from Griff’s is something you don’t see much of Downriver: a bar sporting nearly three dozen tap handles. But that’s the centerpiece of Taylor’s Bierkeller, a stylish tavern that combines Old World German beer hall with modern American pub aesthetic to great effect. The fieldstone-and-wood walls and communal-style tables aren’t the only German-inspired things about the place, either. There’s always a great selection of Deutschland drafts from the likes of Spaten, Franziskaner, and Weihenstephaner and a menu loaded with the four German food groups: meat, cheese, noodles, and more meat. Take, for example, such sumptuous appetizers as Bacon-Wrapped Kielbasa Bites, Sauerkraut Balls, and German Spring Rolls stuffed with corned beef, bacon, and cabbage. Not particularly into German beer and food? You can build your own burger or choose from a variety of classic sandwiches, soups and salads. Be sure to stick around until 9pm to join in the nightly bar-wide toast. 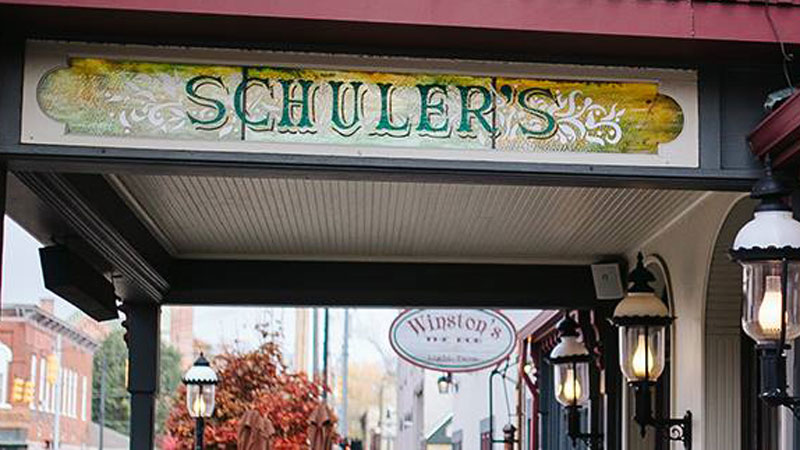 Apart from tart cherries, long winters, and euchre, Schuler’s is about as Michigan as it gets. For more than 100 years, the iconic family-owned restaurant has set the standard in hospitality for generations of loyal customers and first-timers alike. The menu reflects this effort, maintaining dishes that have made the restaurant legendary, including Roast Prime Rib and Broiled Lake Superior Whitefish, as well as offering entrees for more modern tastes, such as Beef Brisket Flatbread with goat cheese, caramelized onions, bacon, and chipotle peppers and a Veggie Burger, made with quinoa, black bean, oats, cilantro, and horseradish mayo. The restaurant also bakes a variety of its own breads and crackers and also serves a version of its celebrated bar cheese spread. Finish off the trip with a variety of beverages to wash it all down, including Schuler’s own private label wine and a beer made specially for the restaurant by Bell’s.