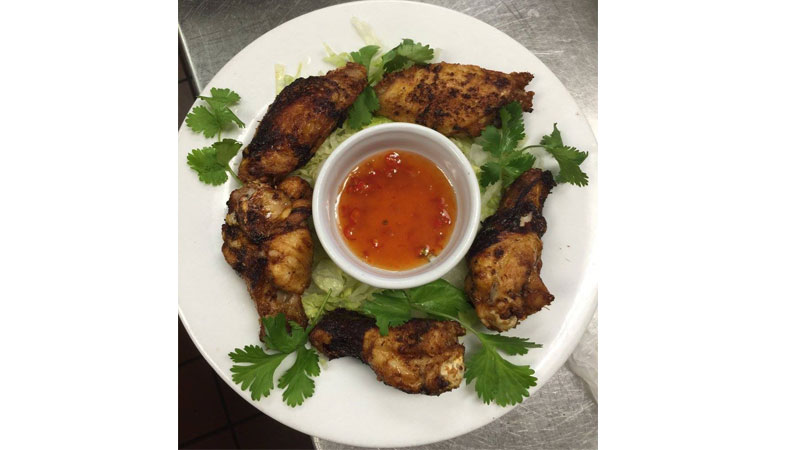 Curious about how Southeast Asian natives opened a Vietnamese restaurant in Southeast Michigan, an answer that is intriguing and historically significant. Son Le and his parents, Lang Bui and Hoanh Le, were part of the ‘boat people’ who left Vietnam in the early 1980s. At the end of the Indo-China War, with America’s withdrawal from Vietnam in 1975, Son explains that any individuals who had done business with the Americans, which included Son Le’s father, Hoanh Le, were placed in internment camps by the prevailing government. The family, who then lived in Saigon, had dealt in rattan furniture, where the father was a merchant, subjecting Hoanh to the internment edict.

Interred for seven years and seeing many of his friends die during that captivity, Hoanh Le was released. Newly liberated, he quickly gathered his family and took them to the southernmost point of Vietnam where they boarded a small boat headed for Malaysia. The boat took them across the China Sea, a dangerous journey of some four days and four nights, with a single motor.

Son Le and his family landed on the northeast coast of Malaysia before a refugee recovery agency flew them to the United States. Many Vietnamese settled in Orange County, California, but Son Le’s family was sponsored by a Catholic church from the diocese in Lansing, Michigan. The church assisted them in relocating to Ypsilanti, where they have lived ever since.

From Ypsilanti with love

Though we’ve passed by Dalat in downtown Ypsilanti a number of times over the years, we’ve never ventured inside. Named for the capital city of the province where the family lived in Vietnam, the restaurant’s October 2018 move to a strip mall on South Main Street in Ann Arbor piqued our interest and we’ve since visited the new location several times. The bright green and orange interior smacks of freshness while limited samples of artwork reminiscent of the Far East adorn the walls. With heavy customer traffic around 2:00 p.m. following the lunch hour as well as during our visit in the evening, the utilitarian interior layout accommodated the steady flow of visitors throughout both of our visits.

The extensive menu includes phở in a number of varieties and combinations, a quintessential Vietnamese noodle soup. Along with noodle dishes, stir-fries and vegetarian selections, the lunch menu offers a bento box, which provides a sampling of a little bit of everything. 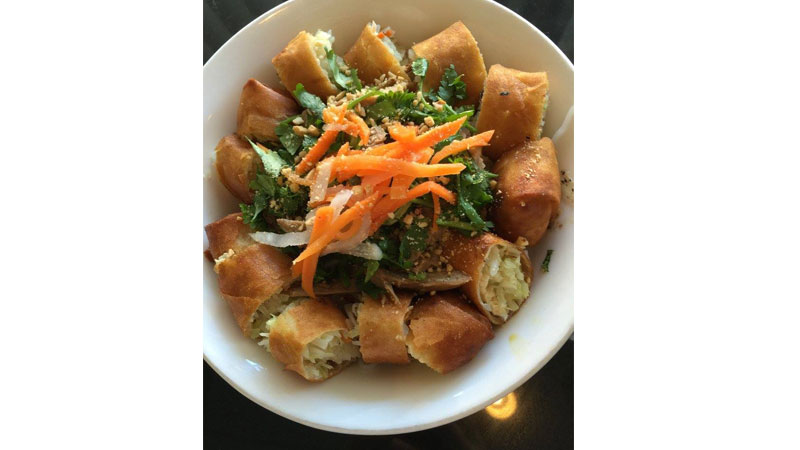 The meticulous attention to the chopping and arranging of vegetables and other ingredients provides a familiar comfort when the food is brought to the table. For our lunch sitting we ordered gỏi cuốn, rice paper covered shrimp rolls with fresh lettuce and carrots, as well as the shredded chicken salad and an obligatory bowl of phở. The pleasantly portioned stir fry and noodle dishes were enticing and satisfying.

The restaurant is owned, and now run by, Tran Nguyen, and her husband, Son Le. In business for a total of almost 30 years, Dalat has occupied three locations. The first 10 years spent in a location on Cross Street in Ypsilanti, beginning around 1990. The restaurant operated in downtown Ypsilanti on the corner of Michigan Avenue and Huron Street since about 2000. 18 years later, the restaurant moved after its owners sold the building in Ypsilanti for residential development. Dalat has been open in the strip mall on South Main Street near Busch’s Market since October of 2018.

Fortunately, Son Le’s family shares with Ann Arbor and Ypsilanti their love of their homeland, including its cuisine. The new location has worked out well for them. Though many of the customers that visited them in their Ypsilanti locations are from Ann Arbor and continue to visit, Dalat is experiencing a wave of new customers attracted to the new location out of convenience.

When you are looking for authentic Vietnamese food prepared by a family with a heroic background, look no further than Dalat.