Coming of Age is an award-winning docuseries from Silver Screen Studios about inspirational seniors from Metro Detroit who thrive in their old age.  According to their website, “Silver Screen Studios celebrates the lives and experiences of inspiring seniors through short form digital series and other media. From the legends we love to the everyday Silver Screen stars in our own lives, the platform tells the stories of those living well into their later years to show all of us how to live life fully and to be role models for a great last act of our lives.”

As a production company that celebrates the lives of older adults, Silver Screen Studios partners with a Jewish arts & culture non-profit, Reboot, to make Coming of Age’s second season, that is now available to watch.

The series is full of dynamic characters, from an entrepreneur owner of a Speakeasy in downtown Detroit to a Restoration Arts Theater founder and a witty plumber who saves many during harsh Michigan winters.

As the pandemic lingers and our world adapts to various political, social, and cultural changes, the wisdom of older adults in metro Detroit is portrayed through their stories and offers important insights to audiences from all ages.

All of the episodes range from 10 to 15 minutes and each one focuses on a different story.

They can be accessed through Silver Screen Studio’s YouTube Channel. Coming of Age is directed by Noam Dromi the managing director of Reboot Studios and produced by Robert-David Jones.

“Sherman’s March to the Promised Land” is the first episode and follows matriarch Jane Sherman and how she ensured her family’s philanthropic legacy in support of Jewish people and the state of Israel. This episode dives into Sherman’s Jewish identity and offers insight into the marginalization within the Jewish community.

The second episode, “Pipe Dreams” dives into household dynamics when the founder of a family-run business gets injured and Joel Katz is pushed to keep it alive. Katz reflects on family life being Jewish in the middle of Vietnam. 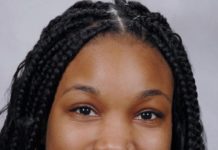 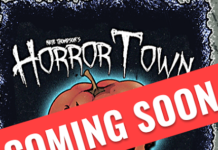